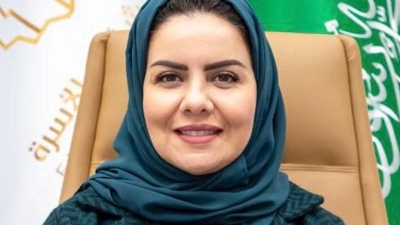 Al-Marsad newspaper: A royal decree was issued today appointing Dr. Hala bint Mazyad Al-Tuwaijri as head of the Human Rights Commission in the Kingdom, and the appointment of the former head of the commission, Dr. Awwad bin Saleh Al-Awwad as an advisor to the Royal Court with the rank of minister.

Who is Dr. Hala Al-Tuwaijri?

Before this position, Dr. Hala was the Secretary-General of the “Family Affairs Council” since June 2017.

She is the head of the women’s empowerment team in the “Group of Twenty”, and an administrative advisor at the “Ministry of Human Resources and Social Development” ranked fifteenth since April 2021.

She held the position of Vice-Dean of the College of Arts at King Saud University, and Vice-Dean of the English Language and Literature Department at the same college, and a teaching assistant there.

She was awarded the “King Abdulaziz Medal of the Second Class” in 2021.

She holds a PhD, MA and BA in English literature from King Saud University.

Secretary-General of the “Family Affairs Council” since June 2017, Saudi Arabia.

(Shadow) I don’t understand what Putin is thinking. Macron is so angry that he knocks on the table: no one understands Russia’s decision anymore