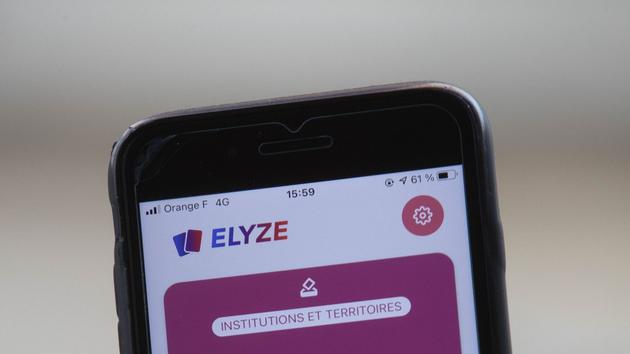 This non-partisan platform aims to fight against youth abstention in the next presidential election.

Launched on January 2, the star application has more than a million downloads, according to its creators Grégoire Cazcarra and François Mari. This non-partisan platform aims to fight against youth abstention in the next presidential election. Its operation is based on the principle of Tinder, another famous dating application: all you have to do is “swipe” the candidates’ proposals to the right or left for the algorithm to determine which one “matches” the most with the user.

Read alsoElyze, the application to convince young people to vote

But since January 20, Elyze is no longer available on the Google Play Store, while it is still on the Apple Store. At first glance, the suspicions fell on reports relayed on social networks, aiming to remove the application. For some accounts, she would sow doubt in the election while others believe she is directly affiliated with the government.

Read alsoPresidential 2022: when the candidates dispute the feminist argument

«The withdrawal on our application store is not at all related to any reports“, However, reports Google. The group adds that it has “analyzed the platform and that it does not comply with the terms and conditions of use of the Google Play Store“. For his part, Grégoire Cazcarra specifies that the Google teams “want us to explicitly add a statement that we are not affiliated with a government institution“. He adds “having made the change. Elyze should therefore be back on the Play Store in the next few hours..

The three moments of the crisis between Russia and NATO