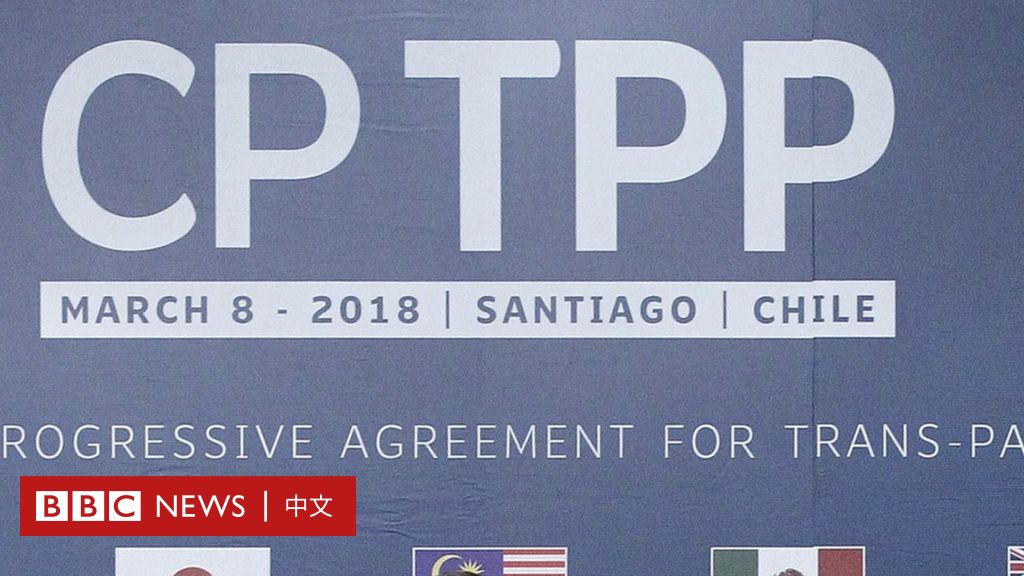 China said on Thursday (September 16) that it has formally applied to join the Comprehensive and Progressive Trans-Pacific Partnership (CPTPP), demonstrating the world’s second-largest economy’s ambitions in international trade. However, some analysts believe that Beijing will face numerous obstacles, including the pain caused by the required domestic reforms.

The day before China announced this news, the United States had just announced the establishment of a new security alliance with Britain and Australia in the Indo-Pacific region to share advanced defense technology and intelligence.

The predecessor of the agreement was the Trans-Pacific Partnership (TPP). Former U.S. President Barack Obama pushed for the agreement to counterbalance China’s influence during his tenure, and it has a high threshold for trade liberalization. But the successor, President Donald Trump, announced his withdrawal from the agreement in 2017.

The Ministry of Commerce of China said in a statement that the Minister of Commerce Wang Wentao had submitted a written letter to Damien O’Connor, the Minister of Trade and Export Growth of New Zealand, applying to join the CPTPP. New Zealand is the depositary of this agreement composed of 11 countries and is responsible for handling various administrative matters, such as requests for accession.

The press release issued on the website of the Ministry of Commerce of China stated that the ministers of China and New Zealand also held a conference call to communicate on the follow-up work related to China’s formal application for membership.

Prior to this, China had been lobbying countries to include it in the agreement. Beijing emphasized that the economies of China and Australia have great potential for cooperation, even though the relationship between the two countries has deteriorated rapidly in recent years.

After the United States announced its withdrawal from the TPP in 2017, Japan led the reorganization of CPTPP negotiations. In 2018, 11 countries including Australia, Canada, Chile, Japan, Mexico and New Zealand signed the CPTPP in Santiago, Chile.

On the eve of the Biden administration’s coming to power, Chinese President Xi Jinping made his statement for the first time in November last year that China will actively consider joining the CPTPP. In February this year, Vice Minister of Commerce Wang Shouwen stated that he had done “internal work” on the evaluation of CPTPP terms and had informal contacts with some member states.

In June of this year, Britain officially launched negotiations to join the CPTPP, and Thailand also expressed interest in joining the agreement.

Wendy Cutler, vice chairman of the Asia Society Policy Institute and former senior U.S. trade negotiator, told The Wall Street Journal: “This highlights that the United States and China are actively seeking partners to promote their Seek to join an existing alliance or create a new alliance.”

The member states of RCEP cover the ten ASEAN countries, as well as South Korea, China, Japan, Australia and New Zealand. After the signing, it will surpass the EU Free Trade Area and become the world’s largest free trade economic system.

Analysts believe that although the volume of CPTPP is not as large as RCEP, it has lower tariffs and higher trade freedom than the latter. It also covers American countries such as Canada and Peru, which can enhance China’s participation in leading economic cooperation in the Asia-Pacific region. The breadth and depth. In addition, when the CPTPP comes into effect and the member states begin to implement zero tariffs, if China is excluded, it may directly affect the competitiveness of Chinese products in the Asia-Pacific market.

Su Qingyi of the Chinese Academy of Social Sciences once analyzed in an economic review that under different scenarios, China’s accession to the CPTPP will drive GDP growth from 0.74% to 2.27% and exports from 4.69% to 10.25%.

A study by Peter Petri and Michael Plummer, researchers at the Peterson Institute for International Economics in the United States, also showed that if China does not join the CPTPP, China’s total revenue will be lost 10 billion U.S. dollars due to CPTPP’s trade diversion effect, and joining will get 298 billion U.S. dollars in gains.

Gao Lingyun, a researcher at the Institute of World Economics and Politics of the Chinese Academy of Social Sciences, told the official media “Global Times” that the application to join the CPTPP is a major progress in China’s participation in the formulation of international economic and trade agreements. status”.

He also said that the agreement will also contribute to the current domestic efforts to deepen reform and opening up, especially in terms of deregulation of trade and investment.

Where is the difficulty?

However, analysts still have questions about whether China can finally join the CPTPP smoothly. As the world’s highest standard free trade agreement, CPTPP has many regulations on labor issues, environmental protection and dispute settlement, which means that Beijing must carry out domestic reforms to reach the threshold and carry out long negotiations.

Nikkei analyzed that the CPTPP prohibits the provision of subsidies that harm competition to state-owned enterprises, but under the leadership of Xi Jinping, China has been strengthening its state-owned sector in recent years, so negotiations can be difficult from the beginning.

In addition, CPTPP has clear regulations on cross-border data transmission, requiring all parties to allow “cross-border information transmission through electronic means” for the purpose of conducting business, and prohibits the requirement of “data localization”. This is obviously to the left with China’s “Data Security Law” that took effect this month, which strictly restricts companies from taking data out of China.

CPTPP also called for an end to discrimination against domestic and foreign companies in government procurement. However, according to a report from Reuters in August this year, the Chinese government issued new procurement guidelines in May, requiring data including X-ray machines and magnetic resonance imaging equipment. The localization rate of hundreds of projects reached 100%, setting new obstacles for foreign suppliers.

This huge difference makes even some domestic scholars not optimistic. In an analysis written this month by Peng Lei, a scholar of the Institute of Economics of the Chinese Academy of Social Sciences, he emphasized that there is a large gap between China’s service industry’s openness to the outside world and the CPTPP requirements. The level is relatively high, such as the telecommunications industry, radio and television, etc.”.

In addition, China is very cautious about the movement of natural persons (temporary entry of business personnel), and the degree of openness is generally lower than that of other developing countries.

In addition to institutional and regulatory issues, observers believe that pressure from the United States and its allies and other geopolitical issues will be another important factor preventing Beijing from joining.

According to regulations, China must obtain the consent of all 11 members to join the CPTPP, but China’s relations with Australia have continued to deteriorate and there is a territorial dispute with Vietnam, another member state.

On Thursday (September 16), the United States, Britain and Australia suddenly announced a new security agreement, under which the three countries will greatly strengthen their defense cooperation in the Indo-Pacific region. Australia will obtain “nuclear submarine construction capability” with the help of the United States and Britain. Some time ago, China-Australia relations fell to a freezing point due to Australia’s allegations of infiltration of China and calls for independent investigation of the source of the new crown epidemic.

But the relationship between China and Vietnam seems to be turning for the better. Last week, Chinese Foreign Minister Wang Yi visited Vietnam and met with senior officials such as the General Secretary of the Central Committee of the Communist Party of Vietnam Nguyen Phu Trong and Prime Minister Pham Myong Ching. Wang Yi called on the two countries to resolve their conflicts and differences through friendly consultations, speed up maritime cooperation, and explore joint development paths.

What is the attitude of the United States?

Although Biden has not followed Trump’s protectionist practices in foreign policy after he took office, he has rejoined the Paris climate change agreement and returned to the World Health Organization, but there have been no obvious changes in some major trade policies.

There is no sign yet that the Biden administration is trying to restart the trade agreement. White House Press Secretary Jen Psaki said in response to China’s application to join the CPTPP on Thursday (September 16): “It is China’s own business to apply to join the CPTPP. We leave this issue to member states to decide.”

“We will continue to cooperate with other countries in the region on economic partnerships and other relationships, and if there is a chance to negotiate, we can participate in the discussion,” she said.