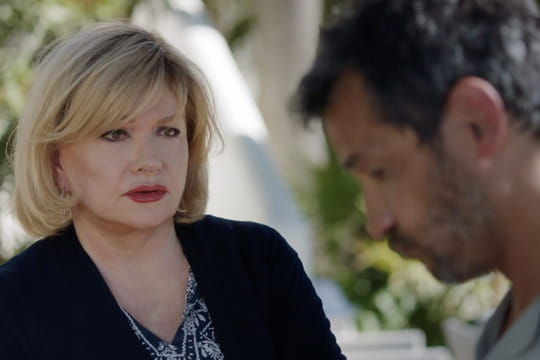 TOMORROW IS OUR SPOILER. In episode 975 of Tomorrow belongs to us from Thursday, July 22, 2021, the mystery is dispelled around William’s foreboding. Summary and spoilers.

[Mise à jour le 21 juillet 2021 à 19h40] This article contains spoilers for the episode of Tomorrow Belongs to Us from July 22, 2021 on TF1. In episode 975 of Tomorrow belongs to us, questioned at the police station, Magalie Kermadec still denies being the White Lady and the confrontation with Patrick Provost seems to confirm the absence of recent contacts between the two suspects. Aurore still wonders if they would not be acting. Kermadec is free and Provost comes to an immediate appearance for break-in and attempted burglary. A little later, Georges finds an article dated 1983 concerning a road accident involving a man, Serge T., mechanic, having succumbed to his injuries and… William’s family.

At the same time, in this episode of Tomorrow belongs to us on Thursday, July 22, Brigitte is looking for her anxiolytics to stop suffering. Bénédicte comes to see her brother to talk about their parents: both find that there is something wrong with their attitude. In an old game crate, William finds the same set of 7 families as the one scattered on the windshields of damaged cars. The doctor has a weird sensation when he handles the cards.

In episode 975 of Tomorrow belongs to us on July 22 on TF1, Gaspard tells Ben and Solène that his mother wants to leave the region and go to Brittany. During her new osteopathy session for her rehabilitation, Solène bursts into tears and releases her emotions and, on leaving, she finds Gaspard with whom she shares her suffering vis-à-vis their father. Suddenly, when Juliette makes the official announcement to her children of their move, Gaspard insists not to drop Ben and Solène.

At La Paillote, Souleymane, Arthur and Camille are talking about the trafficking of wild animals when Dorian joins them and tells them that he saw a monkey in the harbor. Camille then suggests that he return to explore the mysterious house with Souleymane. As they try to get over the fence again, a police car pulls up and Sara asks them to get out. The teens tell her about the trafficking of wild animals they have discovered and the policewoman promises to act. Back home, Camille also talks to her father about trafficking: the prosecutor promises to open an investigation. Camille then takes Dorian home, pays him a few compliments and then kisses him tenderly on the cheek.

Following the new episodes of the series Tomorrow belongs to us on a daily basis on the TV program is not always easy and this is also the case for Plus belle la vie. But TF1 has thought of everything and offers fans the opportunity to find the latest episodes broadcast in replay on your internet boxes but also on its MyTF1 site. Also note that the episodes of Tomorrow belongs to us are available in replay on the subscription streaming platform. jump.