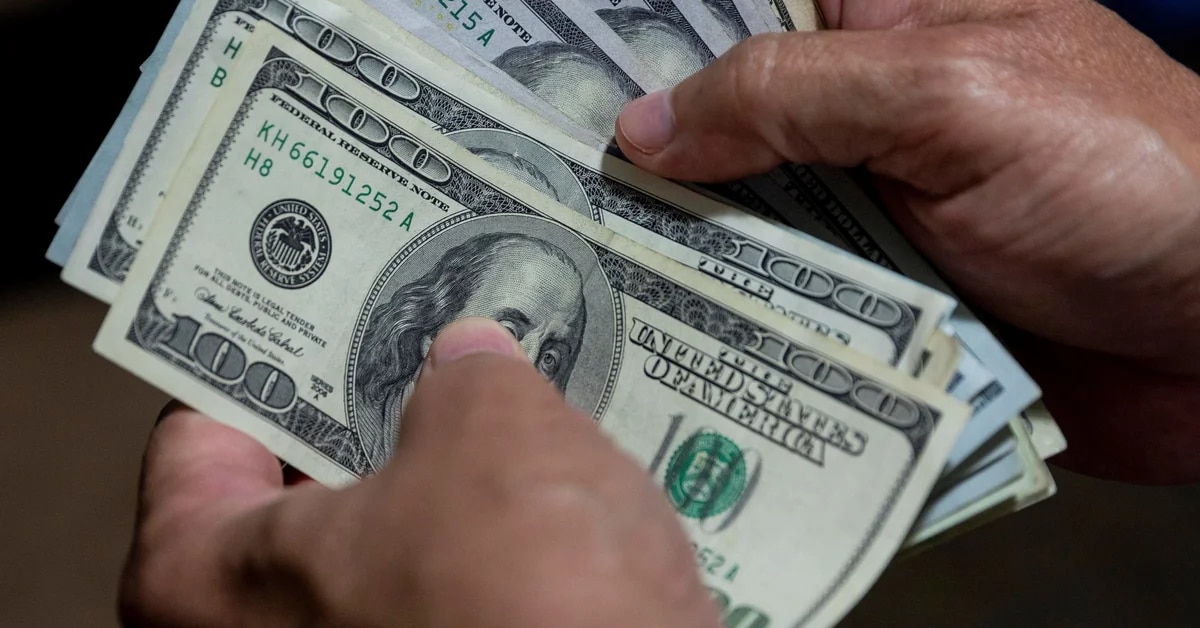 Even with the recent price jump, the free dollar is still losing against 2022 inflation.

The context of tighter controls foreign exchange helped the Central Bank to accelerate the purchase of foreign currency in the market and retrace, hours before the end of the second quarter, a faster path of accumulation of reserves to be able to comply with the agreement -already recalibrated- with the Fund International Monetary.

The monetary entity had to get rid of some USD 190 million on Friday due to its foreign exchange participation, but purchases of the order of USD 1,500 million in the four preceding wheels allowed it to close the week with a balance in favor of USD 1,336 millionabove the previous record of net purchases of USD 1,126 million in the first week of February 2014.

In the last week, the BCRA monopolized the currencies offered in the foreign exchange market, after announcing stricter obstacles for the payment of imports

the monetary authority accumulates so far in 2022 net purchases for about USD 1,652 million, an amount that represents 25.3% of the net balance in favor obtained in the same period last year, which accumulated some USD 6,536 million as of July 1, 2021.

While businessmen are still analyzing the new regulations of the Central Bank that further restricted imports, they review numbers and evaluate financing options abroad –for all purchases that exceed the quota–, in the Government they also do accounts: How many dollars will companies stop demanding in the next four months?.

On Thursday, the stocks were adjusted again, with the prohibition for banks and credit-providing companies to finance, in installments, the purchase of products or services acquired abroad, which includes from tickets and tourist services (which had already been announced last November) until products received through postal shipments known as “door to door”.

In addition, the Minister of Economy, Martín Guzmán, will travel to France next week to maintain negotiations with the Paris Clubwith which Argentina maintains a debt close to USD 2,400 million that it intends to restructure.

The increasingly tighter capital controls played in favor of reserves but, at the same time, boosted the demand for foreign currency through alternative channels to the stocks. The free dollar gained 13 pesos or 5.8% in the weekto finish negotiated in your $239 nominal maximum for sale. In June, the note rose 15% which is well above any estimate of monthly inflation.

In addition to the purchase of reserves, another noteworthy news in the week was the recovery of the price of public bonds in the last four business sessions.

Regarding fixed income in dollars, Public titles of the exchange rebounded in the week by 3.7% on average, according to the reference of the Globals with foreign law. It must be remembered that midway through the session on Tuesday 28, some broadcasts they were quoted below USD 20 for the first time, a price that triggered the demand from its historic lows.

Besides, the repurchase of bonds in pesos became the main source of issuance currency for the Central Bank. At least that is what happened in June, when he needed to issue $600 billion to stop the collapse and put a floor on the price of the titles. Nevertheless, most of that issue was reabsorbed by the institution itself, through the issue of Leliq (BCRA Liquidity Letters), which together with Passive Repos and Nobac (BCRA Notes) total more than 6.6 trillion pesos.

The Ministry of Economy raised in the second round of the last tender in June $7,009 million in cash (awarded face value of $7,392 million, which is added to the extra financing it obtained on Tuesday of $4,337 million. In this way, it closes the month with a Extra net funding of more than $23.2 billionwith the extraordinary help of intra-public sector operations.

In the same sense, the risk country JP Morgan, which measures the rate gap of US Treasury bonds with their emerging peers, ended the week close to 2,400 points, after having scored a intraday maximum of 2,508 points on Tuesday, a level not seen since July 2020,

The S&P Merval of the Buenos Aires Stock Exchange improved in four of the five sessions between Monday and Friday, to be again in the 90,000 point zone. However, the rise in pesos from 9.5% was reduced to 2% in dollarsdue to the jump of the “cash with liquidation”, which climbed 7% in the week, to maximums of 252 pesos.

Martín Guzmán assured that the Government met the goals of the second quarter with the IMF
According to Bloomberg, due to the lack of dollars there will be strong pressure on the official exchange rate in the second half
Five keys behind the collapse of Argentine bonds and the escalation of country risk
Door-to-door purchases: how they will work after the ban on financing in installments