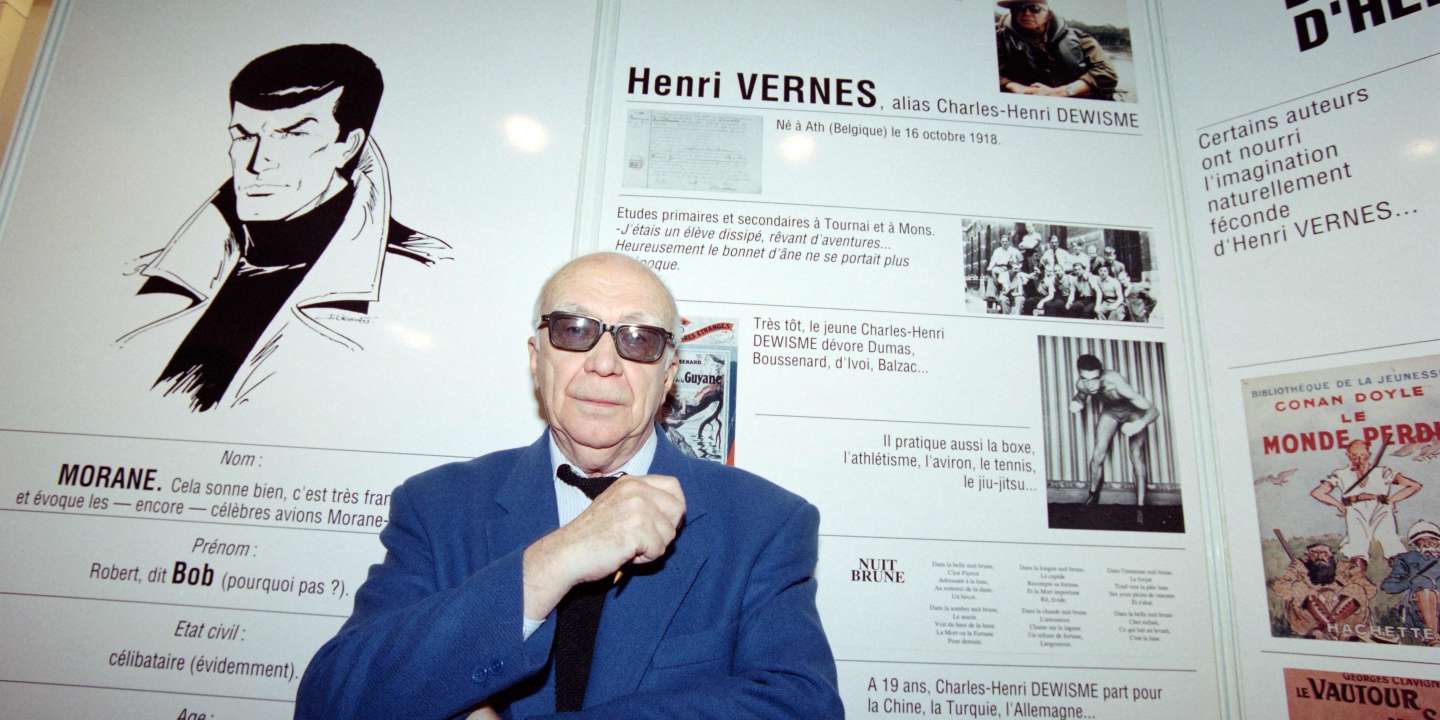 “If we stop, we are dead”, confided Henri Vernes in 2012, when he was “only” 93 years old. The Belgian writer was always so tireless. He gave up his arms, rather the pen, on July 25, at the age of 102, announced RTBF. Although he has sold 40 million copies of his books in his sixty-year career, Henri Vernes is one of those novelists eclipsed by the notoriety of the heroes they created. His name is Bob Morane and was the admirable hero of several generations of teenagers.

The writer led in his youth a life almost as incredible as that of the famous adventurer. Born on October 16, 1918 in Ath, in the province of Hainaut, Belgium, raised by his grandparents following the divorce of his parents, Charles-Henri Dewisme, of his civil name, fell at the age of 19 under the spell of a Chinese woman she met in the port of Antwerp. He followed her to Canton, where the lady ran what must be called a floating brothel. Returning to the country, he married the daughter of a diamond dealer and engaged in the trading of precious stones. During World War II, in love with an MI6 agent, he worked as a spy for the British secret service.

He published in 1944 a first novel, Open door, gone unnoticed. At the Liberation, he lived in Paris where, he assures in his Briefs (Jourdan, 2012), he met Jean Cocteau, Blaise Cendrars and Juliette Gréco. He contributed to various newspapers, as a correspondent or short story writer and, in 1949, signed a noir novel, The Beautiful Night for a Dead Man (reissued in 2012 by Lucien Souny editions).

Four years later, a meeting changed his life. The literary director of Editions Marabout was looking for a collection intended for adolescents, an author prolific enough to meet his readers every two months in bookstores. Charles-Henri Dewisme did the trick. For him, it was food work.

On December 16, 1953 appeared The Infernal Valley, signed by the pseudonym Henri Vernes, very first appearance of Bob Morane, thirty-something with many talents. Orphan of father and mother, this young French Polytechnic graduate, with steel gray eyes, black hair cut in a brush and athletic build, is a hero of the Battle of Britain. In the Royal Air Force (RAF) he was flying commander – an imaginary rank corresponding to the function of squadron leader. In other words, he knows how to pilot fighter planes as well as how to drive his E-type Jaguar with one hand, unless it is his little Citroën, more discreet. Nyctalope and polyglot, he is an expert in the handling of a large number of weapons, masters practically all martial arts and has well-placed connections in various secret services. Regarding lifestyle, he is not helpless either, owning an apartment on Quai Voltaire in Paris, a monastery in the Dordogne and an estate on the shores of a Peruvian lake.

You have 62.16% of this article to read. The rest is for subscribers only.