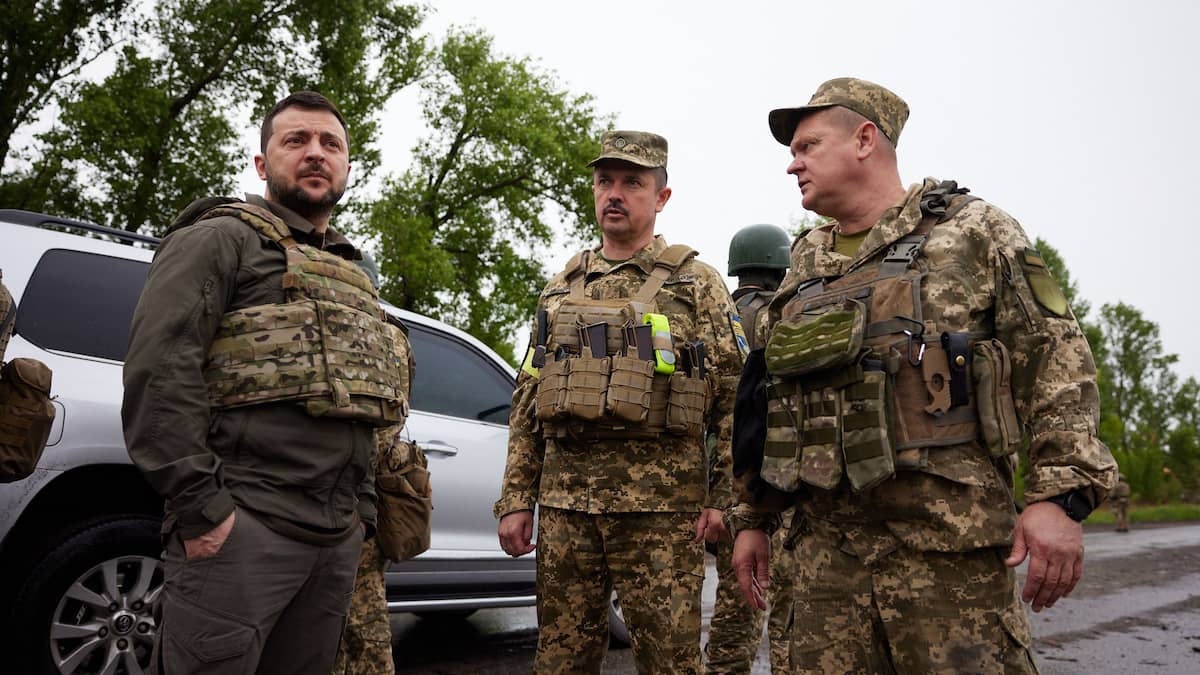 Ukrainian President Volodymyr Zelensky traveled on Sunday for the first time since the Russian invasion in the east of the country, in the Kharkiv region, from where Moscow has withdrawn its troops in recent weeks to concentrate them on other foreheads.

“2229 houses destroyed in Kharkiv and the region. We will restore, rebuild and bring life back. In Kharkiv and in all other towns and villages where evil has come,” he said on Telegram, accompanying his message with a video of his visit.

The images show him inspecting bomb-ravaged buildings and destroyed vehicles on the side of the road, dressed in a khaki uniform and a bullet-proof vest, accompanied by collaborators and armed soldiers, in Kharkiv and its surroundings.

He later announced the dismissal of the head of the secret service of the Kharkiv region, for not having worked to defend the city.

“I came, I saw, and I fired the head of the Security Service of Ukraine (SBU, Ukrainian secret service) from the (Kharkiv) region, because he did not work for the defense of city ​​since the first days of this war, but thought only of himself,” President Zelensky explained in his daily video message. “For what reasons? The police will find out.”

Bombarded almost daily since the start of the Russian invasion on February 24, Kharkiv, the country’s second city, has been experiencing a respite for several weeks with the departure of Russian troops in other directions, to the East and to the South. The eastern part of the city nevertheless remains sometimes targeted.

“In this war, the occupiers are trying to achieve any result. But they should have understood long ago that we will defend our land to the end. They don’t stand a chance. We will fight and we will win,” said Mr. Zelensky.

During his visit, he also met with the governor of the Kharkiv region and the mayor of the city about reconstruction programs. He asked them to “find cool projects” to rebuild the destroyed areas.

“It’s a chance for these neighborhoods to have a new face,” explained the president.

Automotive demand is strong, and orders for Jingzhaocheng have been seen in 2024 | Anue Juheng- Taiwan Stock News