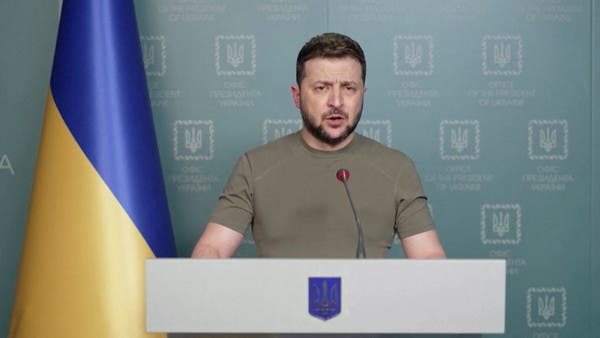 distance The strategic city of Severodonetsk in eastern Ukraine fell to Russian forcesUkrainian President Volodymyr Zelensky announced that his country will retake all the cities that Moscow has been able to control, including Severodonetsk.

In a video address late on Saturday, Zelensky said that Ukraine had been subjected to 45 Russian missile launches in the past 24 hours, describing it as an attempt to break the morale of his people, according to Reuters.

This comes as senior adviser to Ukrainian President Oleksiy Aristovich said that Ukrainian special forces are still present in Severodonetsk, and that fighting is still going on between Ukrainian forces and the Russian army in the city.

On the other hand, the TASS news agency reported that the Ukrainian bombing stopped the process of evacuating civilians from the Severodonetsk chemical plant.

It is noteworthy that the Russian forces achieved great military successes on Saturday in eastern Ukraine, where they completely took control of the strategic city of Severodonetsk after a fierce battle, and entered the neighboring city of Lysekhansk at the beginning of the fifth month of the conflict.

Severodonetsk Mayor Oleksandr Stryuk announced to Ukrainian television on Saturday afternoon that the Russians had taken control of the entire city.

This came two days after the announcement Ukrainian army He withdrew from the city, which had a population of 100,000 before the Russian military operation, with the aim of better defending its neighbor Lyschansk, according to AFP.

Soldiers of the Ukrainian military forces in Severodonetsk (Archive from AFP)

For their part, pro-Moscow separatists confirmed on Saturday afternoon that Russian forces had “completely taken control of the industrial zone of the Azot plant” in Severodonetsk.

They also confirmed that “street battles” were continuing in the neighboring city of Lysichansk. While this could not be verified by an independent source.

In turn, the Russian Ministry of Defense announced that the forces of the Lugansk Republic liberated the entire cities of Severodonetsk and Borovskoe from Ukrainian forces, with the support of the Russian army. “Units of the forces of the Donetsk Republic have completely liberated the cities of Severodonetsk and Borovskoy, with the support of Russian forces led by General Sergei Sorovikin,” she said in a statement on Saturday.

This represents a decisive advance for Russia, which wants to control the entire industrial basin of the Donbas, part of which has been controlled by pro-Moscow separatists since 2014.