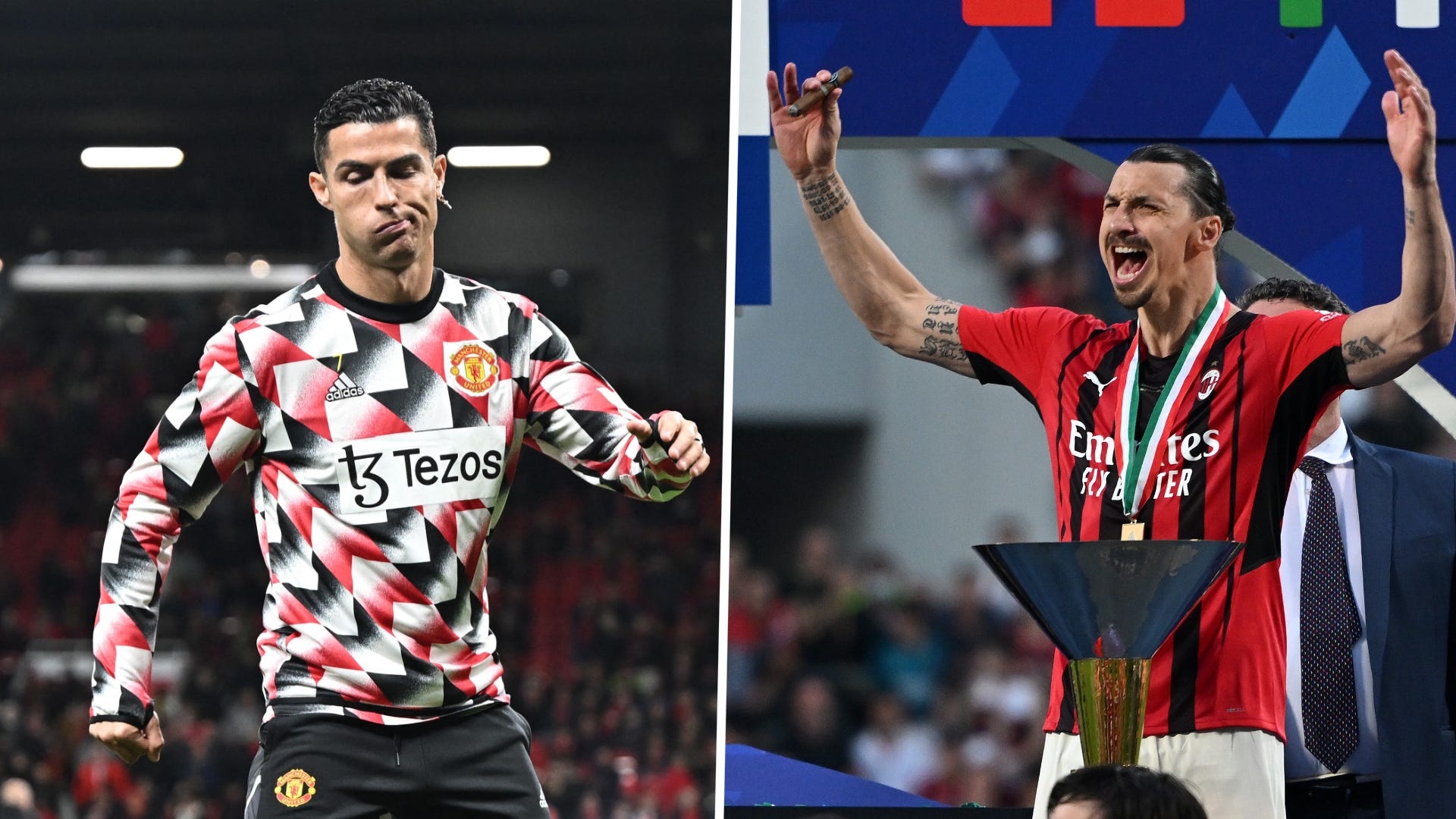 A clear difference in fate between Ronaldo and Ibrahimovic after both of them returned to one of the previous clubs in their career.

Confidence that reaches the point of narcissism and not just vanity, exceptional footballing abilities, an amazing career, and a return to an old club, all these may be common factors between Cristiano Ronaldo of Manchester United and Zlatan Ibrahimovic, captain of AC Milan.

Ronaldo and Ibrahimovic’s paths intersected a lot during their football career, whether at the international level with strong and numerous confrontations between Portugal and Sweden, or at the club level, to the extent that the Swede also played for a short part of his career at Old Trafford, and they also stood face to face more than once, Whether in the Clasico or at the top of Italy between Milan and Juventus.

But what interests us now, is what the two men offer, after Zlatan Ibrahimovic has reached the age of 41, while Cristiano Ronaldo is 37 years old.

Ibrahimovic’s return to Milan came with a free transfer deal after the end of his contract with Los Angeles, for the Swede to return to European football after two years in the United States.

In just half a season, Ibrahimovic succeeded in imposing his word in the Italian League, after scoring ten goals and providing five assists in 18 matches, to help his “Rossoneri” efforts to finish the competition in sixth place.

But the 2020-21 season was really different in Milan, where the Swede, despite injuries and periods of absence, scored 15 goals and provided two assists in the Italian league, which helped the Rossoneri finish Serie A competitions in second place behind Inter.

Zlatan helped Milan return to the Champions League after a seven-year absence from the tournament, which gave the club a much-needed economic boost.

Ibrahimovic’s efforts, his ability to gather Milan’s dressing room around him, and the constant motivation of the squad’s young players all paid off in the 2021-22 season, in which the Rossoneri won their first Serie A title in 11 years.

Ibrahimovic in Milan wore the dress of the true leaders of the revolutions, a reference player with amazing experience, undisputed fighting spirit, and amazing abilities with the ball.

It is true that advancing age affected him, which was evident in the recurring injuries, especially at the knee level, but whoever watches Ibrahimovic’s speeches in Milan’s dressing rooms, feels how much enthusiasm he transmits in the players, and that he is indeed the right man to lead the “Rossoneri” revival project that is going Very well.

A dream turned into a nightmare!

In the summer of 2021, Cristiano Ronaldo returned to Manchester United 12 years after his departure, where he spent nine seasons with Real Madrid, and three seasons with Italian Juventus.

Manchester United fans were waiting for Ronaldo to lead the efforts to return the “Red Devils” to the podium.

Ronaldo, in his first season after returning to Manchester United, succeeded in being the team’s top scorer, after scoring 24 goals in all competitions, but the failure of the “Red Devils” to qualify for the Champions League for the 2022-23 season ignited the atmosphere.

Here appeared the character of Ronaldo, who demanded the club in the pre-season to leave, in order to search for a team that plays in the Champions League in order to enhance its personal numbers in the competition.

With the successive crises between Ronaldo and Dutch coach Erik Ten Hag, the “Madeira missile” is living perhaps the worst period in his career.

Manchester United fans have waited for Ronaldo to be the leader to bring the team around him in their time of need, but instead he is the thorn in the side of the whole team.

Ronaldo writes a very bad end to a legendary career with childish behavior, whether by expressing his desire to leave, or refusing to enter the matches as a substitute, and then leaving the field before the end of the matches.

All this makes Ronaldo transform in the eyes of the masses, from the expected hero to the player waiting for his salvation in the hope of restoring the soul in the body of the “Red Devils”.

Biden: US does not seek conflict with China | Anue Juheng – International Political Economy