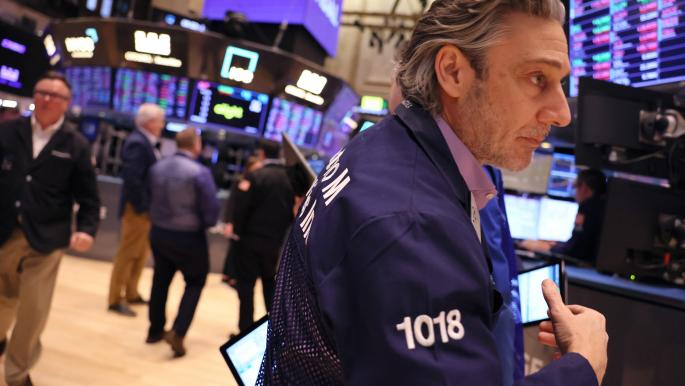 he added Investors About $135 billion have been transferred to mutual funds in global financial markets over the past weeks, according to data from the American “ABFR” company, from the beginning of the new year until January 18.

This is the best flow on mutual funds Since the four-week period ending in May 2020, when these funds posted net inflows of close to $175 billion.

A money market fund is a form of mutual fund that invests in short-term debt securities, including treasury bills and commercial paper. They are often used by businesses and consumers to get a quick return.

According to a report by the Wall Street Journal, the inflows are an indication that investors are hungry for return, as they avoided cash for years when interest rates were low and returns on money market funds were minimal.

According to the report, holding $100 in cash from the end of 1999 until 2021 meant losing 394% of the gain if that money was invested in stocks, according to Dow Jones market data. Instead of funds, investments in that period piled up in stocks, particularly fast-growing technology stocks in the decade following the 2008 financial crisis. These stocks led a bullish wave that sent major indexes on the stock exchanges to dozens of record highs.

last year’s inflation, high interest rates and fears of a recessionary cycle have destabilized; Invest in everything from stocks to bonds to gold. The S&P 500 index fell by 19%, while US Treasury bonds, highly rated corporate bonds and mortgage-backed securities fell by 13%, so investors kept their money in bank accounts.

Wall Street data showed that the average return on US money market funds this month amounted to 4.12%, the highest return since the 2008 financial crisis. On the other hand, the dividend distribution rate for the S&P 500 index, the main index in the Wall Street market, is , about 1.6%. The index rose by 4.6% from the beginning of the month until the beginning of this week.

Assets held in money market funds reached a record $5.18 trillion by the end of December, according to Wall Street Journal data. Money market funds received large inflows of assets in March 2020 with the onset of the COVID-19 pandemic.