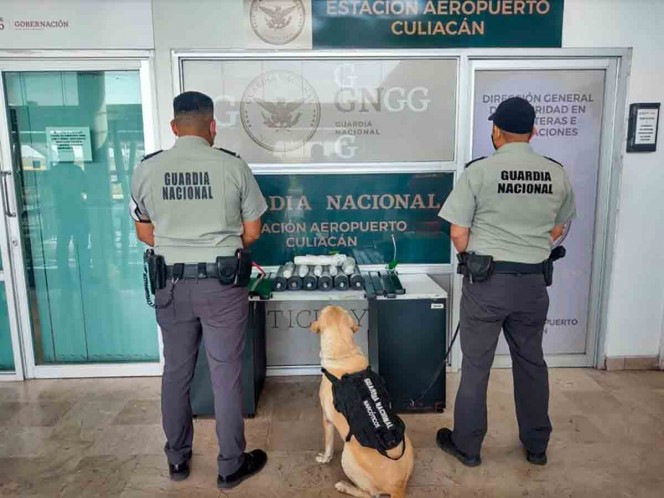 With the support of canine binomials, elements of the National Guard secured in the parcel area of ​​the Culiacán International Airport, Sinaloa, approximately two kilos 800 grams of methamphetamine hidden in apparatus for exercise by bicycle.

It may interest you: They secure 191 kilos of methamphetamine hidden in a truck tractor

The events were recorded when the officers carried out security inspections of a company’s parcel and a canine specimen, trained in the detection of illicit substances, modified its behavior on a cardboard boxTherefore, it was separated to carry out a second confirmation inspection with another canine, who showed a similar alert.

When it was opened, devices for exercise bicycles with six rollers were found and inside each roller a plastic wrap was hidden that contained the drug.

The shipment that was destined for Mexico City was insured and made available to the Office of the Attorney General of the Republic (FGR) in the entity, who will continue with the corresponding investigations and will determine the exact type and weight of the substance.

Copyright law strictly prohibits copying all or part of Excelsior materials without first obtaining written permission and without including the link to the original text.