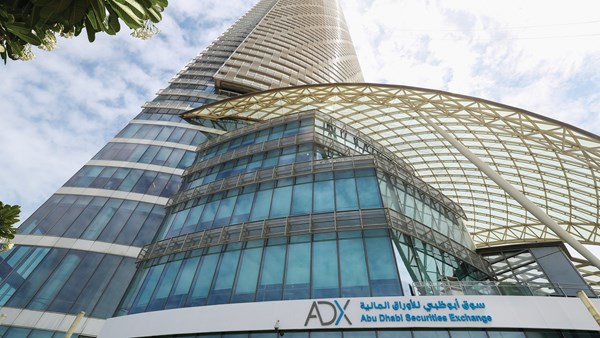 The companies listed on the Abu Dhabi Securities Exchange achieved market gains of 73 billion dirhams during the last four sessions, bringing the total market value of the listed companies to 2.146 trillion dirhams at the close of yesterday’s session, compared to 2.073 trillion dirhams at the end of last week’s sessions.
The general index of the Abu Dhabi Stock Exchange rose during the four sessions with a value of 417 points, equivalent to a growth of 4.2%, to reach 10,346 points yesterday, compared to 9929.1 points at the end of last week.
The movement of the financial markets in the country and its indicators reflect the new economic recovery phase, which the UAE economy has entered since the beginning of this year, and includes all business sectors, and it was positively reflected on the levels of employment and the improvement in income for individuals and companies, which resulted in an increase in the liquidity available in the local market, which was the lever The real increase in demand for goods and services.
During yesterday’s trading session, the general index of the Abu Dhabi Securities Exchange recorded its highest level in its history at 10,346 points, up by 1.04% during yesterday’s trading session, with strong support from citizens’ purchases, especially companies and national investment portfolios, according to the statistical data issued by the market.
The general index of the market was greatly supported by the rise in the financial sector index, which rose by 1.34% during the session. The main gainer in the sector was First Abu Dhabi Bank, which rose 3.3% to close the bank’s share at 20.66 dirhams per share.
The session witnessed a significant increase in the shares of a number of real estate companies, as the share of Eshraq rose to the maximum allowed to rise in one day by 15% to close at 0.621 dirhams per share. The market price of Manazel also rose by 8.5% to close at 0.434 dirhams. The stock of Ras Al Khaimah Real Estate rose by 5.33% to close at 0.712 dirhams per share.
The companies listed in the capital market managed, during yesterday’s session, to achieve new gains in their market value, amounting to about 12 billion dirhams, bringing the total market value to 2.146 trillion dirhams, according to the closing prices of yesterday, compared to 2.134 trillion dirhams, its total value the day before yesterday.
The data shows that 27 companies listed in the market closed in the “green zone” during the trading session yesterday, compared to 16 companies that closed low, while the prices of 50 companies remained unchanged, compared to the market prices recorded for their shares the day before yesterday.