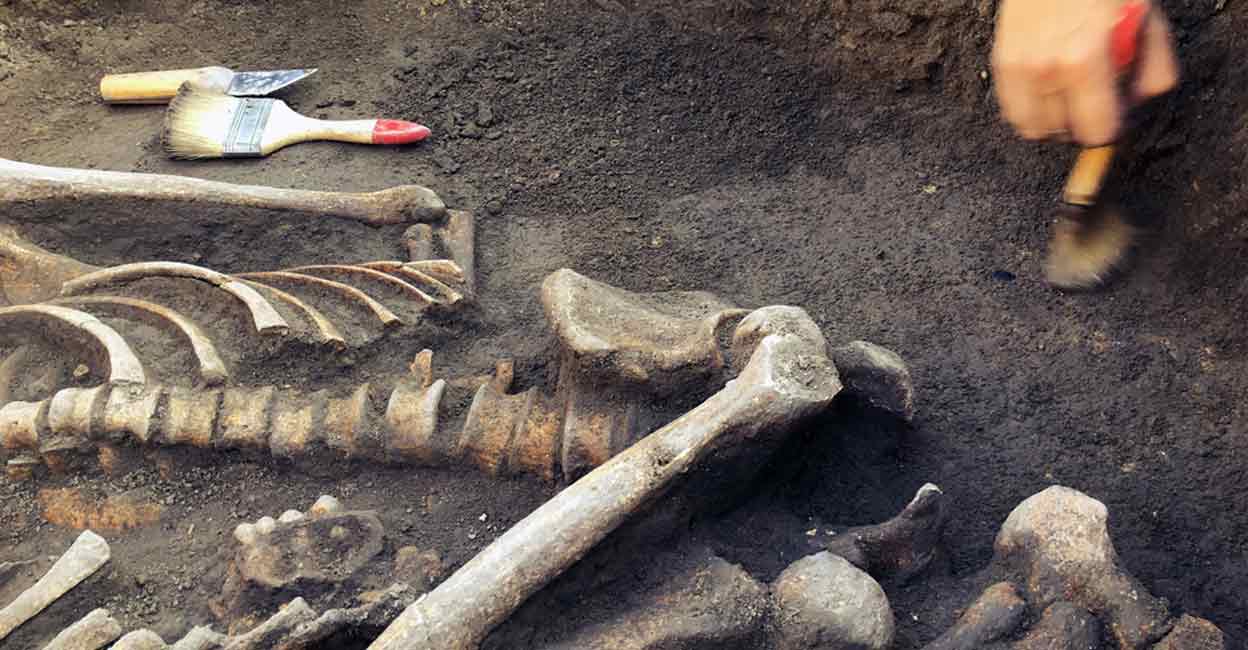 A historical cemetery was found under a house in Lima, the capital city of Peru, a country in South America. The burial was found under a house in the labor-intensive area of ​​San Juan Lurigancho in Lima. Scientists say they hope to find the remains of the aristocratic family members of the medieval Ririkanjo society and other valuables from here. It is estimated that this cemetery is at least 800 years old.

The house belongs to Hypolito Tica. Tika had decided to make several new structures in the house. As it is a historical site, a mandatory archeological survey must be carried out in the city of Lima before any construction works are carried out. So when the survey was done, the cemetery was cut.

The city of Lima is located near the northern Pacific coast of Peru. The modern city of Lima was founded by the Spanish general Francisco Pizarro in 1535, but there were people and civilization here long before this.

The Incas are the most famous primitive empire in Peru’s history. They established centers including Machu Picchu, an international tourist center. In 1400, the Incas invaded and conquered the ancient Lima civilization. Ririkancho are the aristocrats who existed here before this.

San Juan Lurigancho is the most populous district in Peru. 10.38 lakh people live here. River Rimak flows through this district. 10 percent of the population of the port city is here. Most of the working families live here. There are also many slums here.

F1: Lando Norris announces murder on SNS to himself and his dating partner “I want to protect her”[F1-Gate .com]