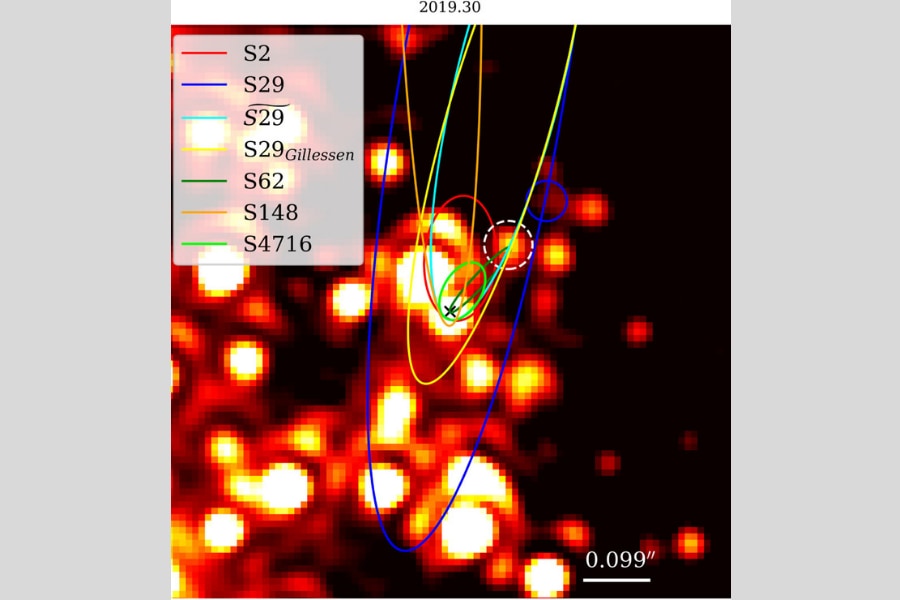 Discover a new star that goes around a black hole in just four years!

Sagittarius A *sunSupermassive mass with a mass about 4 million times that ofBlack Hole(SMBH)The diameter is about 60 million kmIs said to reach.

This is roughly from the sun to the waterstarIs the distance to.

It will be fresh in our memory that we succeeded in direct observation of Sagittarius A * by the International Project Event Horizon Telescope (EHT) in May this year.

Succeeded in shooting the supermassive black hole “Sagittarius A *” in the center of our Milky Way galaxy! What is different from the past shooting?

Around this black hole, there is a “star cluster” made up of dense stars, and more than 100 stars with different brightness and mass are gathered.

One of the most famous stars in this「S2」Revolves in an orbit approaching a black hole of about 20 billion km (more than four times the distance between the Sun and Neptune), and will go around the black hole in about 16 years.

The speed is also fast, and the speed when approaching the black hole reaches 3% of the speed of light.

On the other hand, this S2 was a big obstacle to see the movement of other stars.

The research chief, Florian Peissker, said“The S2 is like a big person sitting in front of a movie theater, making it hard to see beyond.”Talk to.

Still, there are times when you can observe the movements of other stars, albeit only for a moment.

Therefore, the research team has now analyzed the observation data over the past 20 years using an improved method.

result,A star that revolves in Sagittarius A * in just four yearsWas newly identified.

There are a total of five telescopes that have observed the S4716, and by integrating four of them into one large telescope, more accurate and detailed observations have become possible.

S4716 isApproach the black hole up to 100 AU (astronomical unit)But this is a small distance by astronomical standards.

However, no matter how small the orbit is, the distance is 100 AU when it is closest to “Sagittarius A *”.

Pluto’s orbital radius is 40 AU in the solar system, and its orbital period is 248 years.Given that, you can imagine how unusual the orbital period of this star, which is only four years, is.

“The existence of a star that is so close to a supermassive black hole and moves at high speed in a stable orbit was completely unexpected,” said Paisker.

Furthermore, this discovery is the Milky WayMilky WayIt raises a new question about the “origin and evolution of stellar orbits” that move at high speed in the center of the star.

According to the research team, the short-period, compact orbit of the S4716 is very mysterious, and we would like to clarify how it settled down to that orbit and speed.