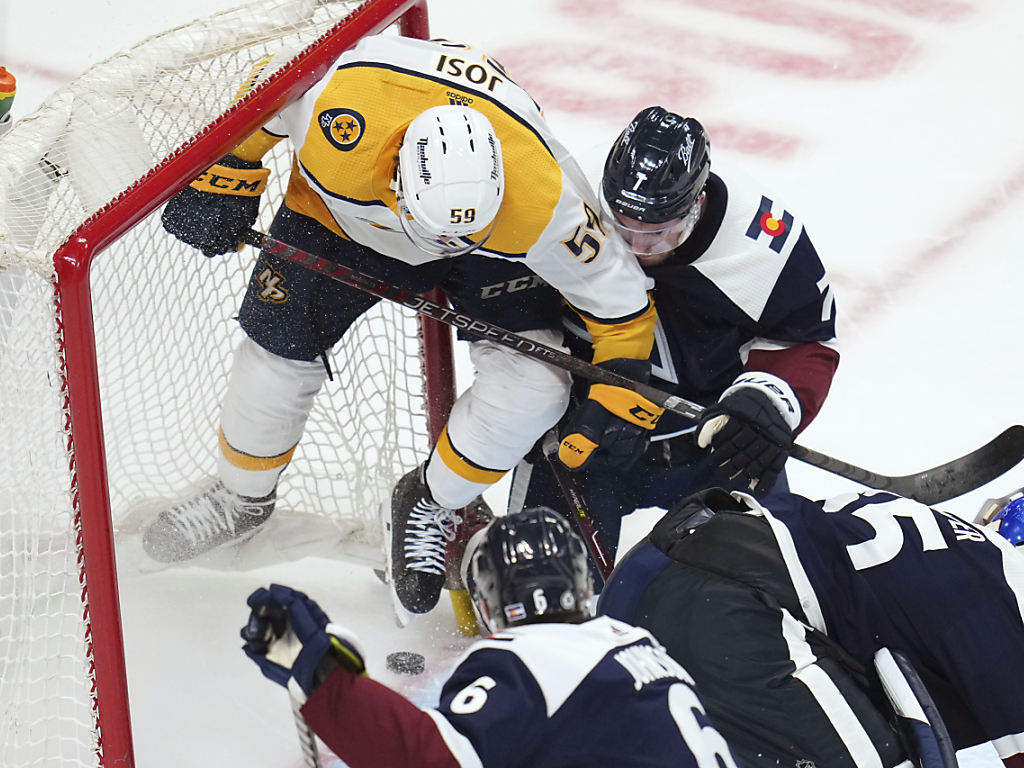 Roman Josi has added two points to his 2021/22 NHL collection. The Predators captain was named the first star of a 5-4 penalty shootout win by Nashville on Colorado ice.

Credited with an assist on the first goal of the Preds, the 2-1 signed Matt Duchene in the 12th minute, Roman Josi allowed his team to return to 4-3 in the 37th by scoring his 23rd goal of the season at the end of a superb solo. Nashville equalized at 4-4 in the 45th minute before forcing the decision in the shootout thanks to a success from Matt Duchene.

Roman Josi now has 95 points on his clock, while Nashville still has one game to play in the regular season. He won Thursday the duel at a distance which opposed him to Cale Makar, his great rival in the race for the Norris Trophy rewarding the best defender in the League, nevertheless author of his 28th goal of the season in this part.

Two other Swiss distinguished themselves on Thursday evening. Columbus defender Dean Kukan scored his 8th assist of the season in a 5-2 win by the Blue Jackets against Tampa Bay. Minnesota forward Kevin Fiala provided the assist on the game-winning goal for the Wild, which won 3-2 after extra time against Calgary. The St-Gallois is at 85 points.