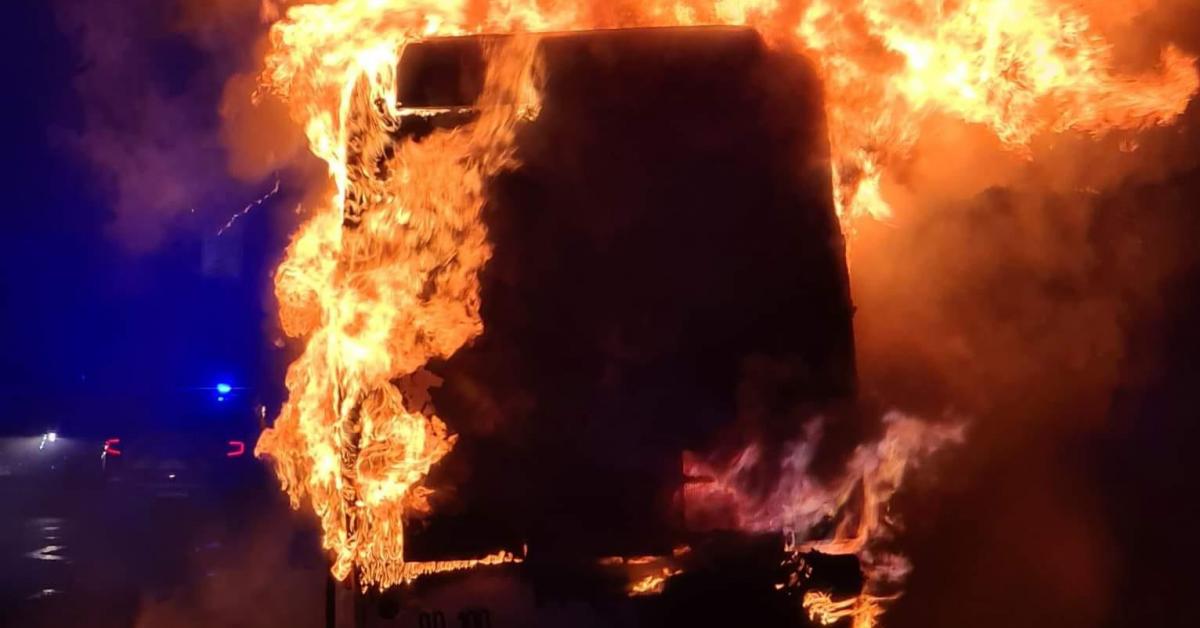 A spectacular fire took place, this Saturday evening, in the Grand-rue in Manage, near the motorway exit. It was a bus full of French tourists that caught fire.

We avoided the worst, this Saturday evening in Manage! A coach apparently returning from a festivity in Amsterdam, Holland, was traveling on the highway, with many French tourists on board. Suddenly, the driver apparently noticed that smoke was coming from the back of his vehicle.

Without delay, he then left the highway, stopped along the Grand-rue in Manage and got all the passengers out. No sooner had they evacuated than the bus burst into flames.

Firefighters from the Hainaut-Centre area were dispatched to the scene to extinguish the fire. About twenty police officers who had been mobilized for the twinning festivities in Manage were suddenly sent there, in particular to establish a security perimeter and manage traffic on this very busy axis.

“We avoided a disaster”

The car is completely destroyed. As for the passengers and the driver, they are, very fortunately, all safe and sound.

First supported by the municipality within the aid station set up for the twinning party, they were then able to board another coach.

At the time of writing these lines (10:30 p.m.), they were already on their way back. “We avoided a disaster. I think the driver reacted well,” commented the mayor of Manage, Bruno Pozzoni. “He positioned his bus at the highway exit and got the passengers out, which saved everyone. »

The fire has been brought under control and traffic has now fully resumed on the Grand-Rue in Manage.

Emmanuel Macron confronted with the vertigo of his political end

So you can’t save money?Seven “poor constitutions” where money runs away (September 17, 2022)-Exciting News