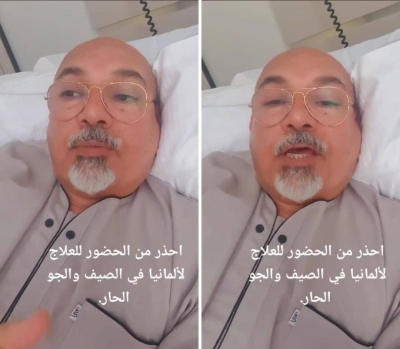 Al-Marsad newspaper: Citizen Mohamed Bennouna documented a video clip, in which he advises patients not to go to Germany for treatment during the summer and extreme heat.

He added: “There is no air conditioner so that diseases and germs do not move from one room to another, and this surprised me, so if the temperature is high, it is preferable for the patient not to come to Germany.”

And he continued: “A week ago, the temperature was 40. How is the patient settled? They said, if he asks, we will give him a fan.”

He concluded his speech: “Those who want to come to Germany for treatment do not come if the temperature is high, because the patients’ rooms do not have air conditioning.”