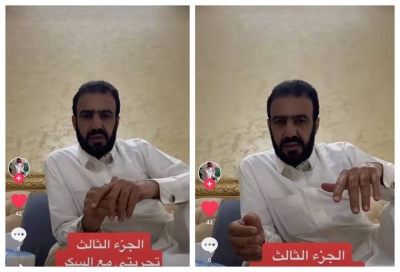 Al-Marsad Newspaper: A content maker conveyed his experience in recovering from “type 2” sugar, thanks to his diet, devoid of carbohydrates and sugar-sweetened foods.

And the content creator recounted his experience in a video clip he shared on the “Tik Tok” application, saying: I had diabetes, for about 20 years, indicating the use of medicines that stabilize the level of sugar in the blood and prevent its rise.

He pointed out that continuing to take diabetes medications did not prevent it from rising, until it came to the point that the attending physician prescribed insulin injections for him, but he refused.

In addition to following a diet that depends on reducing certain types of food and exercising, all to no avail, he said.

He added, after searching and reading, I decided to leave rice, bread, soda water and sugar-sweetened juices, and focus on foods that contain vegetables of all kinds, especially leafy greens, meat and chicken.

He noted that he continued on this regime for nearly three months, then was surprised by the result, stressing that he dispensed with medicines thanks to this regime and the regularity of blood sugar in its normal range.

And the clip concluded, that he keeps measuring the sugar level in the morning, and it is at the rate of 120, and two hours after eating, it reaches 140.7.