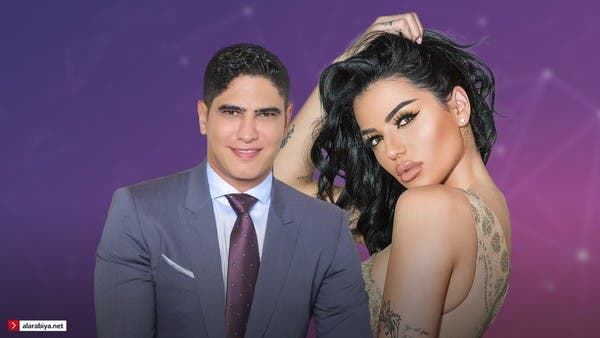 Still news of the Egyptian businessman Ahmed Abu Hashima emotional At the top of the attention of followers during the current period in Egypt and the Arab world, especially after his separation from his wife, Egyptian actress Yasmine Sabry.

And in a surprise of high caliber, the Lebanese journalist, Elie Bassil, revealed exciting secrets about the life of the rich Egyptian man.

And he said in a live broadcast on his “Instagram” page, yesterday, Wednesday, that there is no relationship between Abu Hashima With Egyptian actress Mai Ezz El Dinor the rising actress Reem Mostafa, noting that they are just rumors, to announce that the new girl in the life of the Egyptian businessman is of foreign nationality, not Arab.

He also explained that she is specifically from Kosovo and lives in Turkey. Her name is Morena Tarako, noting that the young woman has her own beauty clinic and that Abu Hashima was introduced to her by mutual Egyptian friends.

Elie Bassil stated that the Kosovar girl is from a wealthy family with charming features, and lives a luxurious life, according to what appears on her account on “Instagram”, which is followed by about 1.5 million followers.

After the news was announced, the Arab public began to be present on her page and comment on her last picture, in comparison with the Egyptian star.

It is noteworthy that on May 5, news of the separation of the Egyptian star and businessman topped the conversations of social media platforms and Egyptian and Arab newspapers, after sources close to the two parties confirmed their validity in press statements to local media.

The public was also surprised that each of them deleted the photos they had collected on social networking sites, from their personal accounts, which further confirmed the news of the divorce.

After the news of the divorce was circulated, the news began to spread and circulate about the identity of the future girl in the life of the famous businessman, who was associated with the Lebanese artist Haifa Wehbe and officially separated in 2012 after a 3-year marriage. Then he was associated with the Egyptian actress, Yasmine Sabry, and he separated from her quietly a few days ago, after a marriage that lasted two and a half years, without children.

Sherine Abu Akleh: How did Arab celebrities react to the killing of the Palestinian journalist?

Espionage to the President of the Spanish Government opens the eyes of companies against hackers.