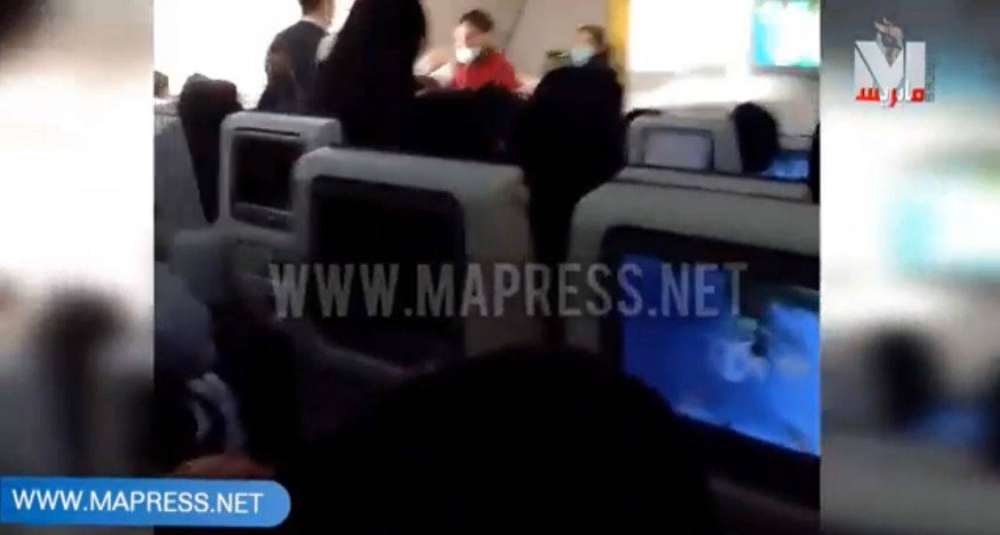 Al-Marsad newspaper: A video clip circulating on Twitter documented the moment a passenger in an abnormal condition attempted to open the door of a Qatari plane bound for Morocco at an altitude of 12,000 meters.

The video showed the passenger standing next to the plane door and arguing with the flight attendants alongside other passengers who tried to prevent him from opening the door, amid panic among the passengers.

According to the information available; One of the passengers managed to control the passenger, who was in an abnormal condition, while the hosts tied him up and handed him over to the Moroccan authorities.