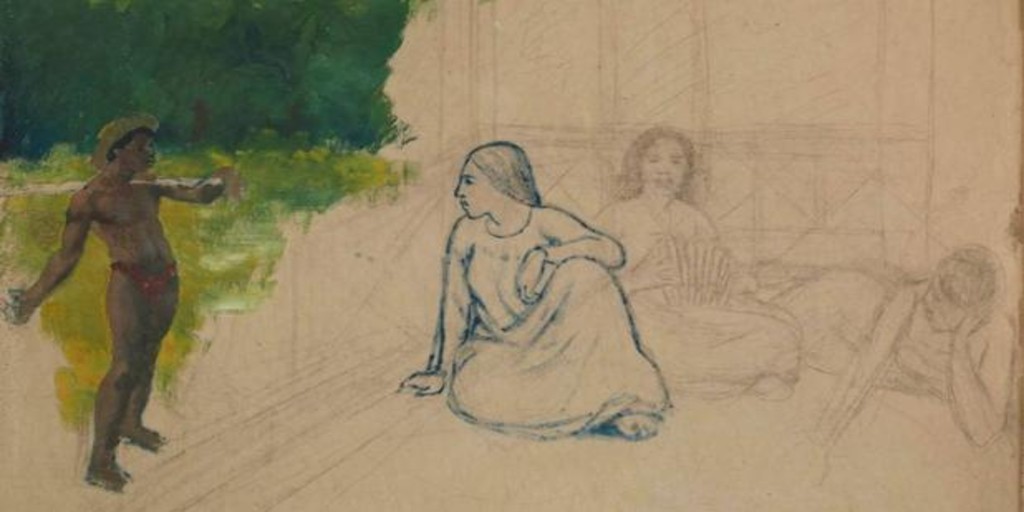 A work by the artist Paul Gauguin valued at 15 million pounds sterling (about 17.4 million euros) and which is part of the collection of the Tate Modern London it might not be yours. The painting, which is unfinished, was excluded from catalog of updated works by the French Post-Impressionist produced by the New York-based Wildenstein Plattner Institute.

‘Tahitians’, dating from around 1891, and representing a typical scene from Tahiti, where the creator spent much of his life, was included in a 1964 raison d’être, but doubts about its authorship are behind its exclusion by the prestigious institution, a private non-profit foundation dedicated

to the compilation of reasoned catalogs that support research in the field of art history, and that with this one by Gauguin made the definitive leap to a digital format that allows a “more dynamic” presentation, according to sources from the foundation, of the work of the artist.

The authenticity of this work by Gauguin, qualified as one of the most influential artists of the 19th century and in which he appears a young man painted in oil with three sketched women charcoal, was challenged last year by the French art historian Fabrice Fourmanoir, who in statements to The Art Newspaper explained that both the details and the composition of the work are “very typical” of Charles Alfred Le Moine, an artist who lived in Polynesia in the same period.

The image represented supposes «a stereotypical colonial scene from Tahiti, while Gauguin I was looking for more primitive compositions“Said Fourmanoir, who explained that” the poses, the dresses and even the European accordion “held by one of the women” show Tahitians ‘corrupted’ by European customs. ” The institute, however, has not made any official statement of the reasons for exclusion.

The painting was acquired by the Tate in 1917 and last exhibited to the public in 2010 as part of the exhibition ‘Gauguin: Maker of Myth’, although it was also included in a group exhibition of modern and contemporary drawings between 2012 and 2013 that was shown at the Tate Liverpool. A spokesperson for the institution told the local press that the work “was included by the Wildenstein Institute in the first edition of its Gauguin raison d’être in 1964” and clarified that the Tate “was not contacted before the publication of its latest edition. ».

«We recognize that there has been a ongoing investigation about Gauguin’s work in recent years, so we will keep the work under review“He said, adding that at the museum” we will keep an open mind about any research that can help project known works in a new light. “