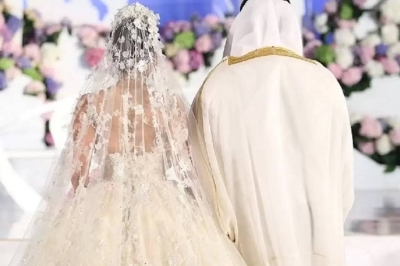 Al-Marsad Newspaper: A wife presented a gift to her “wife” in the form of a residential building in Tabuk, in order to please her, after the husband insisted on not announcing his second marriage, out of appreciation for her.

A young man married a girl for the second time in the western region, on the condition that the wedding ceremony be restricted to relatives only, and in complete secrecy, out of respect for the feelings of his first wife.

The young man was surprised that his first wife had arrived in the Tabuk region, 6 months after his marriage, and that she wanted to meet his second wife, expressing her willingness to please her and announce the marriage, but the husband refused at first.

With the urging of his first wife, the young man agreed, after she promised him that there was a surprise waiting for her, so he agreed to visit her to his second wife to present her with a modern building in Tabuk and move it directly in her name if she agreed to announce the marriage.