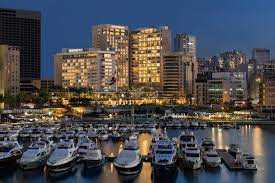 President of the Federation of Tourist Syndicates and Hotel Syndicate President Pierre Al-Ashqar condemned in a statement the attack carried out by a group of people on the Phenicia Hotel, especially on the offices of the Liban Park Foundation, which is contracting with the Phenicia Hotel and located near it, considering that such a “brutal and barbaric act before it hit tourism in Lebanon The Phenicia Hotel hit security and the prestige of the security institutions.”

And a video clip was spread on social media, showing 3 men entering an office, and assaulting a number of people.

The circulating video claims that the attack took place at the “Phenicia Hotel” in Beirut.

In addition, the hotel management explained in an interview with “An-Nahar” that “the accident did not occur inside the hotel building,” revealing that “the assault took place on one of the female employees assigned to coordinate with a company specialized in parking services, which contracts with the hotel, because she reprimanded another employee for not carrying out her professional duties.”

The administration denounced what happened, stressing that it “places the incident in the hands of the security forces to conduct their investigations and prosecute the perpetrators.”