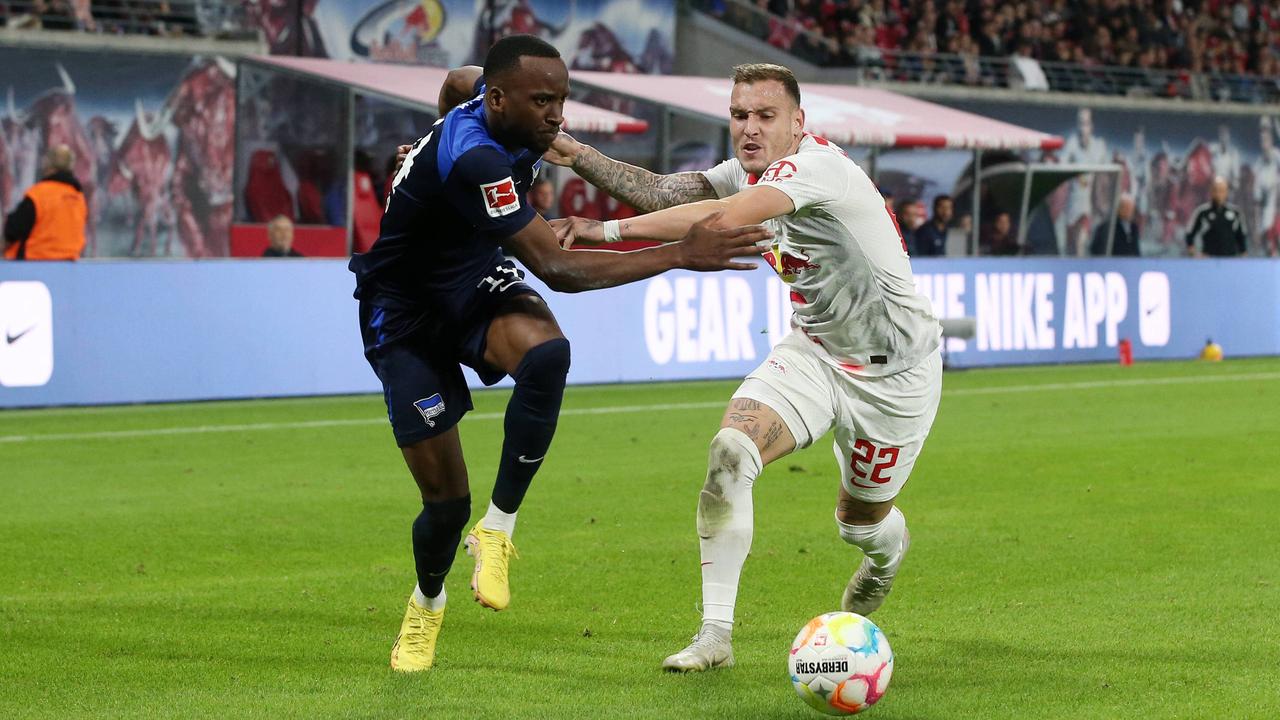 RB Leipzig has already led by three goals against Hertha BSC in the Bundesliga – and yet had to fear for success.

Actually, the game on Saturday evening (October 15th, 2022) was already decided at the break. Leipzig had shot at goal five times – and the ball was in the net three times. Emil Forsberg (25th minute), Abdou Diallo (30th) and Willi Orban (45th) scored the goals. In the end, Leipzig won 3-2 (3-0), but that was really no longer a sovereign success.

Tension arose from the middle of the second half when Hertha scored two goals in two minutes. First Dodi Lukébakio converted a hand penalty confidently (63′), then Stevan Jovetić scored from the turn (64′).

In the closing stages, substitute Chidera Ejuke was about to equalize, but his lob wasn’t accurate enough (82′). Then Davie Selke, who was also a substitute, failed with a low shot at Leipzig goalkeeper Jannis Blaswich (86th). And in the fifth minute of stoppage time, Wilfried Kanga also hit the post with a shot.

“Luck was on our side. This is football, it can go fast. We have to learn from that and do better.”said Leipzig’s Forsberg: “Great praise goes to the Berliners, they did a good job.”

It was a game that you would not have predicted after the first half. Dominik Szoboszlai did the preparatory work for the first two Leipzig goals. First he crossed and Forsberg finished with his thigh. Then Szoboszlai took a corner – and found Diallo, who headed in. Central defender Orban scored the third goal from close range.

RB climbs to ninth place in the table with 15 points. These are spheres that you can only dream of at Hertha. Previously, the Berliners had not lost five times in a row, now this series has come to an end. Hertha BSC is fifteenth in the table with eight points.