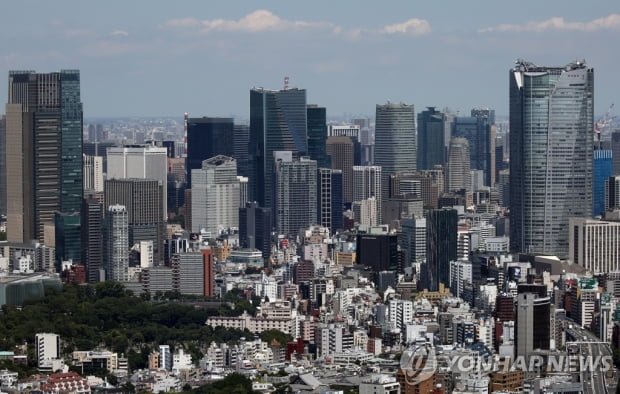 The Nihon Keizai Shimbun reported on the 12th that foreign funds are buying real estate in Japan whose dollar-denominated prices have fallen due to the weak yen.

According to the report, Hong Kong-based investment fund ‘Geo Capital Partners’ bought 32 rental apartments in Tokyo and Osaka this spring.

The fund plans to purchase Japanese real estate for up to 500 billion yen (about 4.9 trillion won) over the next two years.

This is more than six times the size of the fund’s purchases in the past two years.

The Singapore Investment Agency (GIC), a government fund, also decided to purchase 31 real estate facilities, including the Prince Park Tower Hotel in central Tokyo, for a total of 147.1 billion yen (about 1.4 trillion won).

The US Teachers and Employees Retirement Pension Fund (TIAA) also decided to invest more than 13 billion yen (about 127 billion won) in Japanese real estate, such as housing for the elderly.

The Japanese commercial real estate price index calculated by Morgan Stanley and MUFG Securities stood at 104.4 as of the end of March of this year (2010 average = 100), which is similar to the 2008 Lehman shock (global financial crisis).

As the yen continued to weaken, the provisional value as of the end of June this year was 93, which is close to the level in 2014, the lowest level since the securities company started calculating the index.

In addition, as the Bank of Japan’s ultra-low interest rate policy continues, the borrowing cost required to purchase Japanese real estate is relatively low compared to the US, which has raised interest rates.

CBRE, a real estate service provider, predicted that over the next 10 years, the expected return on large office buildings in Tokyo’s five wards will remain at a level of 2-3 percentage points higher than Japan’s long-term interest rates.

Nihon Keizai said, “Compared to New York and London, the US, it can generate stable profits, and the low interest rate and low borrowing costs make it an attractive market for overseas funds (Japanese real estate). looked forward

Former Foreign Minister of Venezuela Félix Plasencia will be the ambassador to Colombia, according to Nicolás Maduro