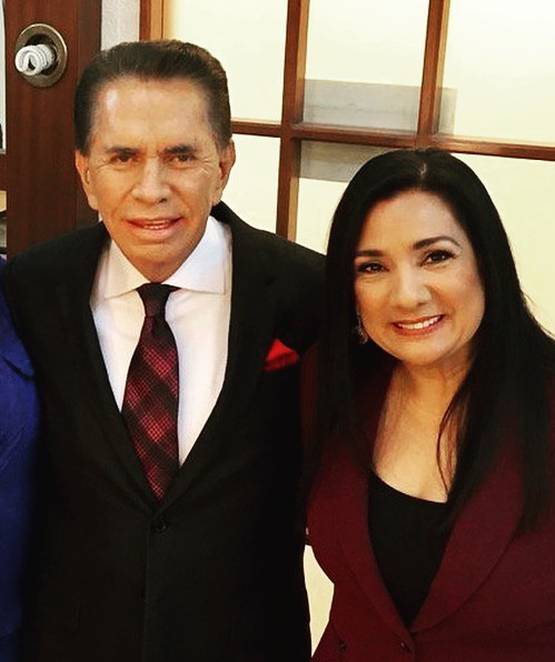 The heart of Tania Tinoco stopped beating on this earth, but always fought, and that has been recorded Alfonso Espinosa of the Monteros in a message shared on his Instagram account. The also journalist went to his social networks to dedicate a message in honor of the memory of Tinoco, who passed away this Saturday, May 21, at 2:00 p.m. (United States time).

Tania Tinoco, the Machaleña who gave more than 30 years of her life to journalism

With a “now they met in heaven…”, began his virtual tribute, referring to Alberto Borges (1928 – 1994), who for years shared a set with Tinoco, when they were presenters of Telemundo.

“Your life was full of efforts and triumphs. You leave a great mark and we will always carry you in our hearts.” added the communicator.

On behalf of the channel, he thanked for the work that Tinoco provided for more than thirty years.

Your television house Ecuavisa, also lamented the death of who for more than 30 years was his collaborator. “Ecuavisa expresses a deep feeling of sorrow for the painful and irreparable loss of a memorable journalist. Peace in her grave”They expressed in a tweet.

Ecuadorian journalism is in mourning. 🖤

This May 21, 2022, our dear friend and colleague Tania Tinoco passed away in the United States, at the Cleveland-Ohio clinic, where she had been admitted since Tuesday, April 5.

Similarly, other colleagues, friends and authorities expressed their sorrow by sharing messages of condolences or remembering her with a photograph.

Ecuadorian journalism is in mourning! Friends, family and followers of Tania Tinoco share in networks their sorrow for the death of the Ecuadorian communicator

One of them was Charles Vera, close friend of the communicator. “Until we meet again, we will honor your legacy, Tania. See you soon just. Big hug for Bruce, Tomy, Amelia and all your family “wrote.

Until we meet again, we will honor your legacy Tania! See you soon just. Big hug for Bruce, Tommy, Amelia and all your family. pic.twitter.com/Qxdn3cmp4W

Guillermo Lasso, president of the countryalso joined the messages of condolences for the death of Tinoco. “Dismayed by the death of Tania Tinoco. Ecuadorian journalism is in mourning, the country loses a great communication professional. My condolences to her husband, children and her family. God have her in the glory of her”.

Dismayed by the death of Tania Tinoco. Ecuadorian journalism is in mourning, the country loses a great communication professional. My condolences to her husband, children and her family.

On April 7, through a statement, her relatives indicated that the communicator was hospitalized in Ecuador after a cardiac arrhythmia was detected. Two days later they reported that an ambulance plane had been flown to Cleveland, Ohio, to be seen at a clinic specializing in heart disease. Since then, her family and close friends indicated that Tinoco was delicate, but stable.

Tinoco was one of the best known faces in the field of journalism and Ecuavisa, channel for which he collaborated for more than thirty years. Adding a total of 35 years of experience. (I)

Bitcoin in El Salvador: How has Bukele’s commitment to cryptocurrency worked (and what does the population think)? | Nayib Bukele | volcano bonds | BitcoinCity | Goat Wallet | ecpm | WORLD