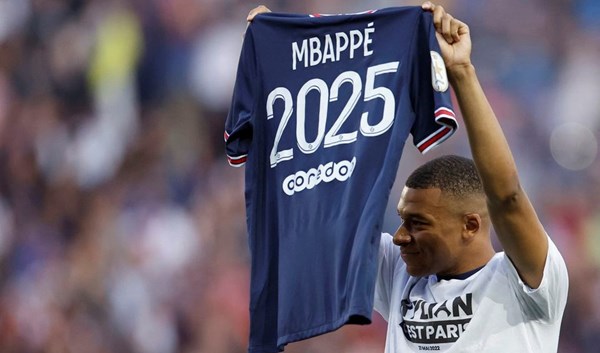 Mbappe confirmed in a statement that he is convinced of his ability to continue developing with Paris Saint-Germain, which has all the means to compete at the highest levels, noting his “happiness to continue in France, a country that witnessed its development at the professional level.”

In another context, Al-Khelaifi considered that the renewal of Mbappe’s contract represents an “exceptional moment” in the history of the French club, stressing that it will constitute the “foundation stone” of the club’s project in the coming years on and off the field.

Yesterday, Saturday, Paris Saint-Germain ended the controversy related to the renewal of the young French striker’s contract, minutes before the start of the team’s match against Metz in the French League, as Al-Khelaifi and Mbappe announced the news to the fans.

And soon, Mbappe scored a hat-trick in The match that the “Parisian” club won by five for free.