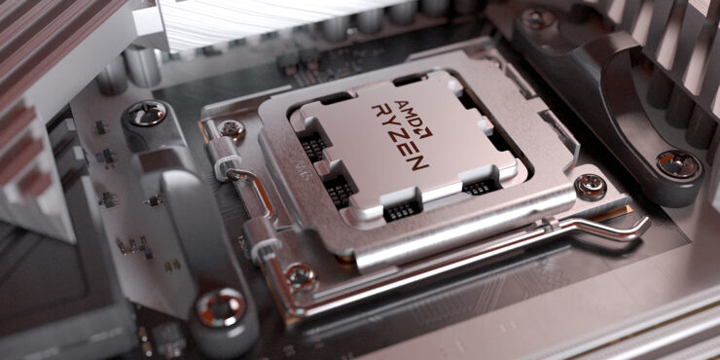 The 12th generation Intel Core processors seem to be in good shape, and the AMD Zen 4 architecture seems to be unable to sit stillThe four models of the first wave of Ryzen 7000 series processors have been leaked, and now we see the critical L3 cache performance.

The capacity, bandwidth, and latency of the L3 cache have a crucial impact on the performance of a processor. After the Zen 3 architecture changed the L3 cache to an integrated design, the game performance was greatly improved.

Judging from the current situation, the Ryzen 9 7950X 16 core will be equipped with 16MB L2 cache and 64MB L3 cache. The former is doubled and the latter is unchanged, but it does not mean that the performance will remain unchanged. The Ryzen 9 7900X 12-core L2 cache is reduced to 12MB, and the L3 cache is still 64MB. According to the latest news, the L3 cache read, write, and copy bandwidth are all as high as about 1450GB/s.

If you compare the Ryzen 9 5900X, the three indicators are all improved by about 58%, which is still very balanced. If you compare the Core i9-12900K, the read, write, and copy bandwidths are 1.47 times, 2.96 times, and 1.97 times, respectively, which are at least doubled, and it is obvious that the 12th generation Intel Core processors are unbalanced. Writes are more than half weaker than reads.