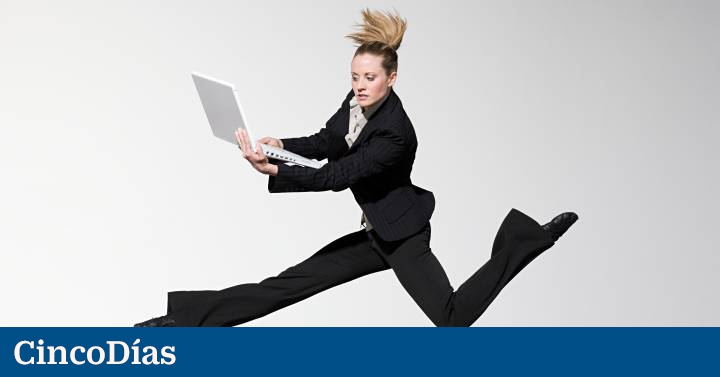 The flashing light that warns that a new message has arrived on the mobile. A chime that indicates that a new email has arrived. The phone that doesn’t stop ringing. All this while the notifications crowd in the different social networks waiting for a quick reaction, soon, now. They are signs of what Gabriela Paoli, an expert psychologist in technological addictions and author of Digital health, call the prontomania: “The need for some people to reply in the moment, immediately after receiving a message.”

This problem has been gaining strength in recent years and has been accentuated by the pandemic. “Since the last century we have been getting used to the fact that things had to be faster and faster,” says Jesús Labrador, psychologist and professor of the master’s degree in human resources at ICADE Business School. From when information is consulted to purchases, immediacy is the queen. “I look at it, I want it, I have it. It is a learning that we have been developing and when this does not happen, we get frustrated ”, he continues. Alejandra Nuño, sociologist and CEO of Acuam HealthCare, shares this vision and points out that rapid consumption has directly impacted individuals: “We have demanded ourselves to be always available, on demand, as if we were a Netflix. Consumption on demand it’s fine for entertainment platforms, but not for people. “

All societies and all historical contexts have a series of associated diseases and that of the West, before the pandemic arrived, was clearly the rush, the expert continues. The arrival of the Covid and the rise of teleworking, however, have only accelerated an evil that had been dragging on for a long time. “With the pandemic, all of this has been on the rise. The technological avalanche in which we live makes us hyperconnected. We remain connected wherever we are and we are doing what we are doing ”, acknowledges Paoli. Many people are also afraid of disappointing others if they do not answer immediately, or even worry that it appears that they are not working.

The latter is paradoxical because, often, having to respond ipso facto slows down true performance. “Compulsively looking at the mobile every 10 minutes to check if something has arrived interrupts any activity we are doing. Even something much more profitable and with more substance than putting a like or answering an ok ”, says Labrador. Nuño was also concerned about this drift, which even affects the quality of society: “In companies we have to block physical and temporary spaces to be able to think. We are used to having to monitor everything, but thinking, which cannot be monitored, is the true value that human beings contribute ”.

Along these lines, Paoli points out that there are two types of people: “Those who are victims of the current dizzying pace, make a Tetris with their agendas to squeeze every minute of the day because they associate it with productivity and efficiency, so they are constantly in that stress point; and those who take life more calmly and calmly ”. The latter, moreover, end up being less prone to making mistakes.

This requirement, says the psychologist, usually depends more on the personality of each one – more common in insecure people – than on the company itself, but it is not exclusively the fault of individuals, especially with an unemployment rate higher than 15% . “There is a lot of fear. There is a lot of unemployment and a lot of supply of economic talent in the market. It is logical to fear that if you do not answer, you could lose your job”, Illustrates Nuño.

Therefore, it is important that the bosses get involved to mitigate the problem. “You cannot send messages on weekends or after hours. It is not worth the ‘It’s that I remembered and since I had the mobile in my hand, I tell you now’. No, you write it down and comment on it on Monday. The protocol has to come from superiors because you have to be very mentally strong to think about not answering a superior outside of working hours ”, the psychologist supports. The positive point is that it seems that the ceiling is being reached. “We have said enough to the perfect life and to being permanently connected. There is a disruption in the commitment that brands have acquired with health, which has become part of their value proposition”, Defends Nuño.