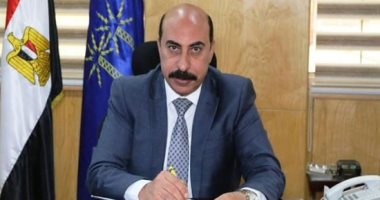 Major General Ashraf Attia announced Aswan Governorthat in coordination with the forces of the Aswan Security Directorate, the heads of livestock and camels were transferred and kept in one of the veterinary quarries after they were seized in the barns of one of the traders, where food and veterinary care will be provided for this livestock, under the supervision of the Public Prosecution, which will form a specialized and impartial committee to sell them by public auction Transparency and integrity, in order to direct its financial returns to compensate citizens who have been subjected to fraud.

This came during the meeting of Major General Ashraf Attia with members of the House of Representatives and the Senate, in the presence of the two deputy governors, Dr. Ghada Abu Zeid and Ahmed Shaaban, in the context of implementing the directives of Prime Minister Dr. Mustafa Madbouly, to quickly contain the repercussions of a number of outlaws carrying out fraud operations against some citizens.

The Governor of Aswan revealed that there is follow-up from Major General Mahmoud Shaarawy, Minister of Local Development, of the situation, in addition to the presence of full coordination at the highest level with the Ministers of Justice, Interior and the Attorney General, in addition to the attorney general of the Aswan Prosecutions for the return of rights to their owners in light of the immediate follow-up from the governorate to expedite the procedures Necessary for the care of this livestock, and their disposal by the Public Prosecution Office.

He added, that as soon as the phenomenon of some traders buying commodities such as livestock and cars at high prices above the local market price spread without any guarantees or supporting documents, all concerned authorities were informed, sensing from the governorate the danger of this phenomenon on the stability of markets and social peace, despite the fact that The government is not a party to this problem, but to correct the situation.

Ashraf Attia pointed out that at the same time, in mid-April, a decision was issued by the governor of Aswan to ban the transfer of livestock outside the governorate in order to preserve livestock.

He explained that a telephone call was made with Dr. Ali El Moselhy, Minister of Supply and Internal Trade, to assign officials of the Egyptian Company for Wholesale Trade to pump more quantities of red and white meat into the branches of consumer complexes in order to provide them to the Aswan citizen at reduced prices and achieve the required balance within the local market in the required manner.

The governor called on the deputies to mobilize the efforts of community, religious and popular leaders to reassure the efforts made and spread enlightened awareness among the people’s gatherings not to be drawn into the unscrupulous allegations of achieving great profits by resorting to illegal methods away from the existing institutions within the legal framework of buying and selling operations, warning that the state will not allow No one threatens public security, and tries to damage public facilities and properties in light of its tremendous efforts to create a decent living life by establishing, developing, and raising the efficiency of these facilities and supporting them with all the possibilities that contribute to raising the level of quality of life.