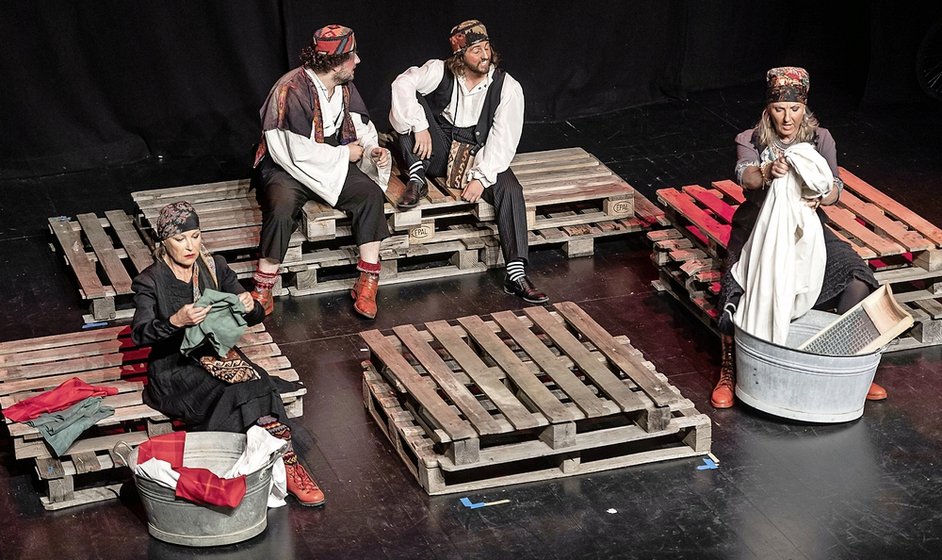 Incorrigible revelers! Infrequent, drinkers, rude. But also indomitable, rebels, dissidents. These people are resistance fighters. Their strength is there: in resistance, to darkness, to the harshness of life, to political oppression. With Let the wedding begin, the French author Didier Bezace adapted a Romanian film in 2013 and depicted the rough daily life of villagers under the Soviet yoke.

We knew the director Nicole Michaud was attracted by the music, the texts, the colors (in the costumes!) of Eastern Europe. She has already staged plays by Anton Chekhov, Slawomir Mrozek, Hristo Boytchev… In this new staging for the Nouveau Théâtre, seen on Friday at L’Arbanel de Treyvaux, we rediscover her party instinct. This instinct which overturns conventions, which reveals the unspoken, which defies taboos.

In this room too – and this is gratifying – the women refuse to be put away in the shade, they