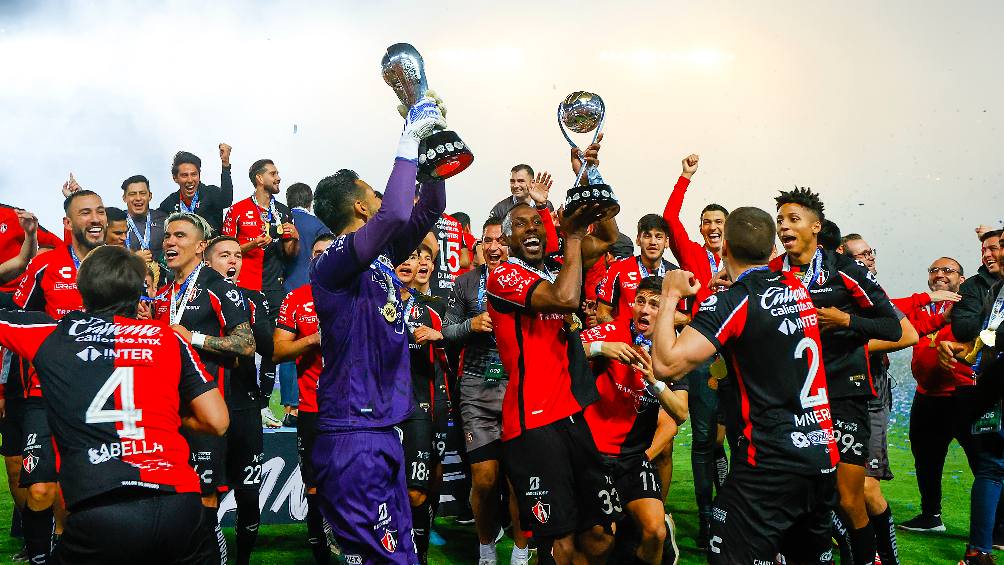 After consecrating two-time champions from MX Leaguethe team of Atlas will play the Champions Cup before him New York City F.C.actual Champion from Major League Soccer.

Set red and black got the Champion of Champions automatically for being the absolute monarch of the football year 2021-2022 in the mexican footballfor this reason, they will appear at the match against the club of the MLS next September, which will take place in Yankee Stadium.

Atlas becomes the fourth Mexican team that will participate in the Champions Cup, since they previously played it tigers, Blue Cross y Americabeing the Monterrey team the only team to defeat the Americans.

It is important to remember that this competition was inaugurated in 2018, however, it is not endorsed by the Concacaf.

Also, those led by Diego Cocca will compete in another international tournament, being the Concachampions of 2023.

YOU MAY ALSO BE INTERESTED IN: JOSÉ RIESTRA ABOUT THE ATLAS: ‘WE HAVE TRANSFORMED HISTORY AND WHAT IS MISSING’

Is it true that Hawick Lau and Yang Mi have remarried? Why did they divorce? – Hot spots in the stock market

Attijariwafa bank: 25% of the portfolio in renewable energies!