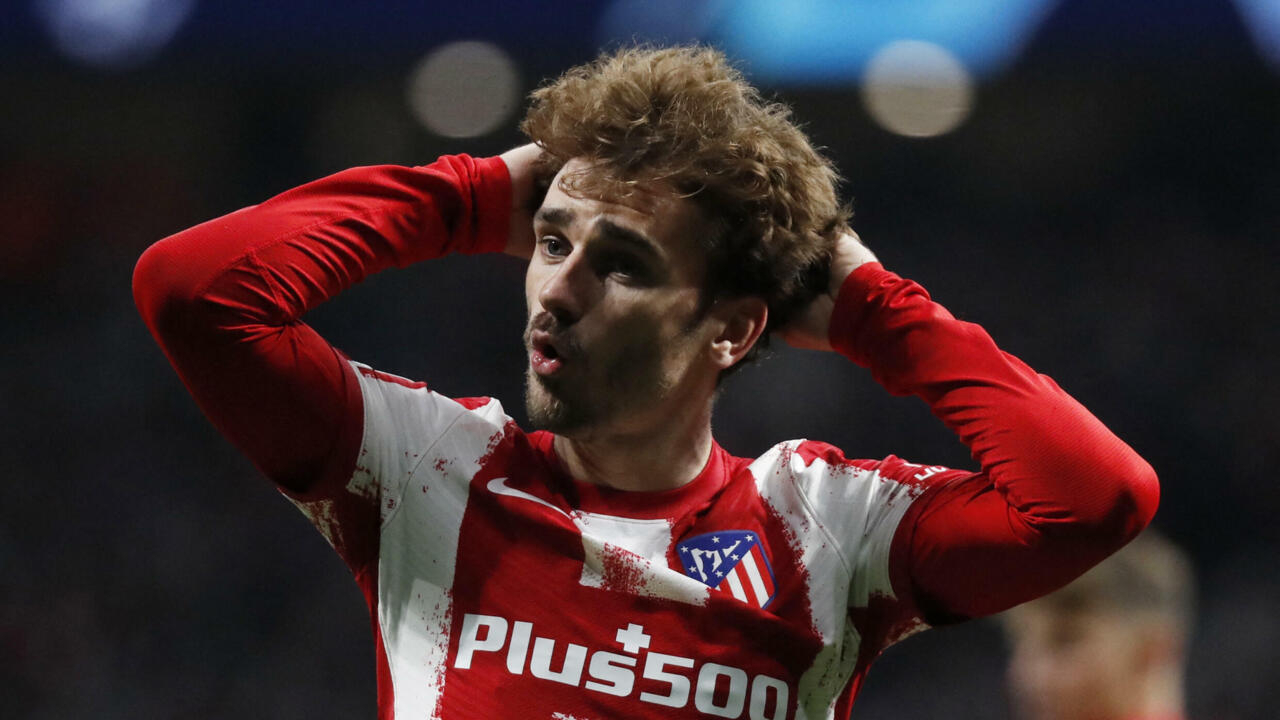 Atletico Madrid and Manchester United drew 1-1 in the round of 16 first leg of the Champions League on February 23, 2022. The Spanish club and their English opponents will decide on March 15.

We thought that the sometimes chilling realism of Atletico Madrid was back, this February 23, 2022, in the knockout stages of the Champions League. But a cross shot from Swedish striker Anthony Elanga (1-1, 80th) in favor of Manchester United reminded us that the reigning Spanish champion, only 5th in La Liga this season, is currently in difficulty.

The Colchoneros however opened the scoring in the 7th minute, thanks to a perfect center from the Brazilian side Renan Lodi and a diving header from the Portuguese striker Joao Felix (1-0). The Spanish club even almost doubled the bet when Swedish defender Victor Nilsson Lindelöf sent the ball over his own crossbar (45th).

Antoine Griezmann shoots on the crossbar

In the second half, Atletico tried to do what they have done best since Diego Simeone has been their coach, since 2011: close ranks, control the game and wear down the opponent. But, by dint of leaving the initiative to the English club, it ended up finding the fault, on a service from Portuguese midfielder Bruno Fernandes and a goal from Anthony Elanga.

Frustrating for the Iberian formation which also almost regained the advantage on a curled strike from the French striker Antoine Griezmann (87th). But, this time again, the crossbar pushed the ball back (87th).

Everything will therefore be played on March 15 in Manchester, in the return match.

Why measure the world’s glaciers?

China’s financing in Latin America: how many loans, to which countries, for what and for how much