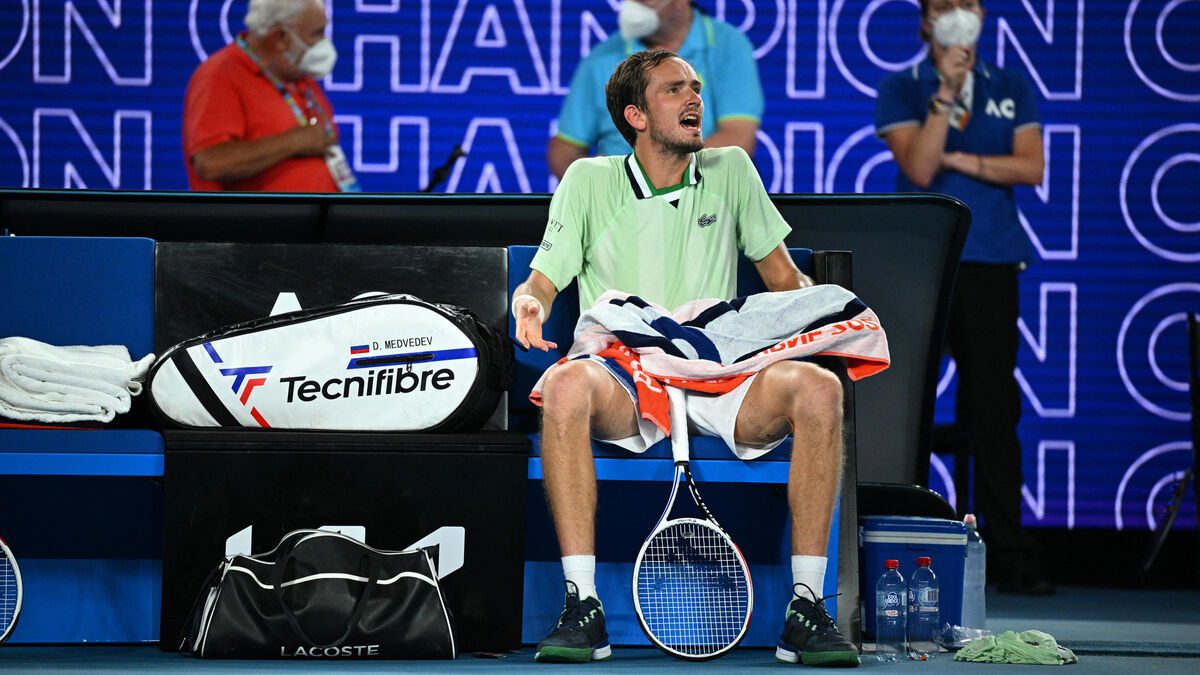 The boomerang effect still works in Australia. Russian Daniil Medvedev was fined 11,000 euros for his bad behavior in his Australian Open semi-final victory against Stefanos Tsitsipas on Friday, organizers announced on Saturday. Greek Tsitsipas was fined 4,500 euros, also for violating the code of conduct during the same match. Medvedev’s fine is split in two: one of 3,500 euros for “unsportsmanlike conduct” and the second of 7,000 euros for “visible obscenity”.

The Russian, pissed off after giving the Greek a break in the second set, attacked the referee harshly, before qualifying for the Australian Open final. “How can you referee a half when you are so bad? “, he notably launched.

He then explained in a press conference that he was annoyed by Tsitsipas’ father who talked a lot during the match. The Greek has indeed received a warning for banned coaching. For his part, Tsitsipas had commented on the attitude of his winner of the day with these words “Medvedev is not very mature. »

But even more than the words, it was the tone filled with arrogance with which the Russian had attacked the referee who had shocked. Medvedev thus throwing him, full of defiance, a “Look at me when I speak to you” which could have (should?) have earned him a penalty during the match.

In the final on Sunday (9:30 a.m. Paris time), Medvedev will face Spaniard Rafael Nadal, who is aiming for a historic 21st Grand Slam title.