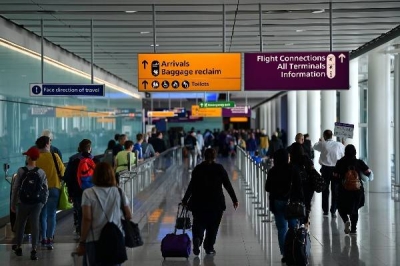 Walsh called on many specialists traveling to Europe to review the times that were booked and confirm reservations, especially at major airports in Europe.

As aviation centers in Europe struggled to adapt to the increase in demand in light of the easing of restrictions related to the Corona pandemic.

Low-cost airline Wizz Air Holdings has warned that the risk of further turmoil on the continent threatens the aviation industry’s recovery prospects.

And the Bloomberg news agency quoted a spokeswoman for the group responsible for operating Paris airports, as saying that a quarter of flights from Charles de Gaulle International Airport in Paris will be canceled due to the strike.

She explained that a dispute over wages could affect a wide range of services and cause the closure of a runway.