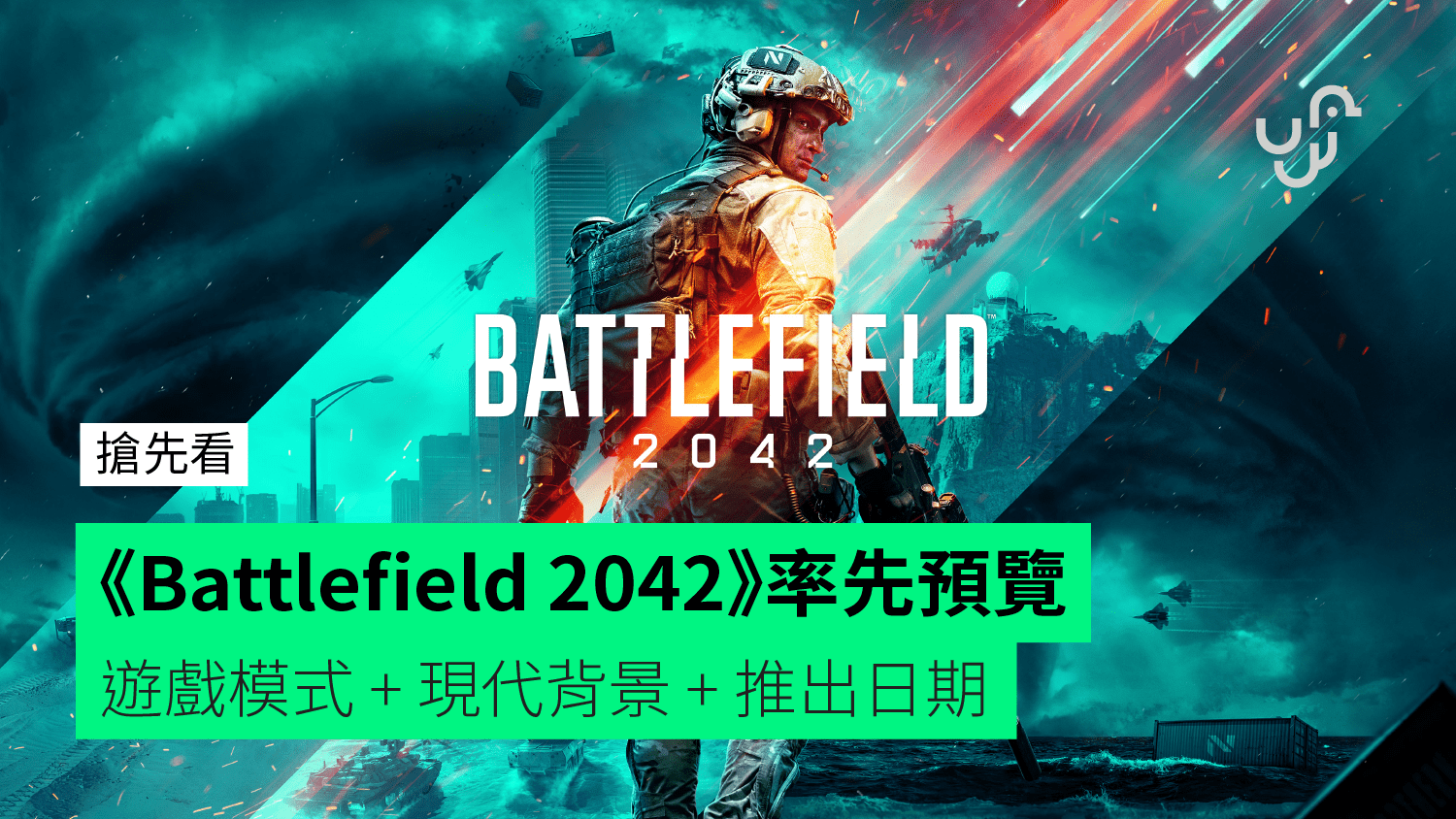 Set against the background of the 2042 US-Russian Total War

The previous episode of BFV took World War II as the background of the game. I believe that players are not difficult to estimate that the current episode of the game should be mainly modern or future. The game background of “Battlefield 2042” is set in 2042 in the near future, and the world of the time is at a time when war is about to start. Shortages of food, energy, and clean water have led to the collapse of many countries around the world, causing the largest refugee crisis in human history. In this crisis, the United States and Russia will be involved in an all-out war, and other stateless persons have joined the war between the two sides, but they are not fighting for one of them, but for the future world. Fight for survival. 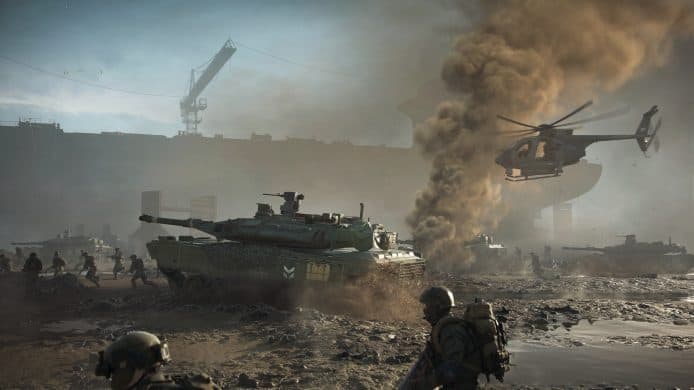 In addition to the background of the game, what players want to know most is whether there are new modes for the new game to play. The development team pointed out at the online preview meeting《Battlefield 2042》It will not provide the story mode of the previous episode of “BFV” that has been highly praised by players. Instead, it will focus on Conquest & Breakthrough, which is the most loved by players. (Conquer and Breakthrough) mode.And this time the game mainly provides three Game Modes with completely different gameplay, including ALL-OUT WARFARE (Total Warfare), HAZARD ZONE (Dangerous Zone) based on Conquest & Breakthrough, and another game mode to be announced later. 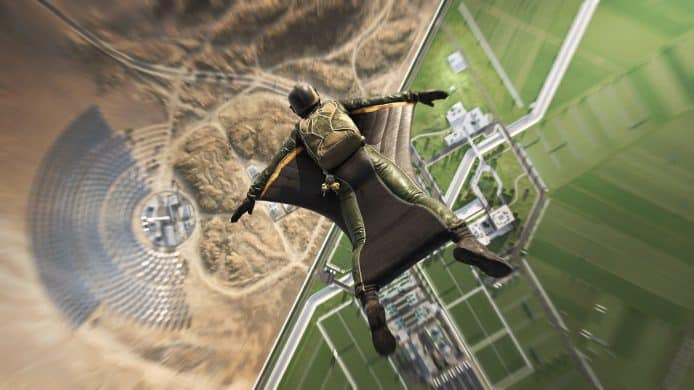 The second type of HAZARD ZONE is a new game mode of the BF series. The development team pointed out that it is a team-based game, which is completely different from the ALL-OUT WARFARE mode. It allows players to form a team for more intense and advanced games. Of multiplayer battles. The third game mode is developed by DICE LA. The third game mode is officially described as “a love letter to old players”. It is also a new and exciting new gameplay that has never been seen in the BF series. The third mode will be released in It will be broadcast live on EA Play Live on July 22.

This episode of “Battlefield 2042” is developed with the latest version of the Frostbite game engine. Thanks to the new hardware technology and performance upgrades, this episode of the game can create more large-scale maps, and the experience will be similar to any previous BF series. The maps are all different. These magnificent maps can bring players a more realistic and detailed war game experience.Among them, the developers have repeatedly stated that the ALL-OUT WARFARE mode based on the most popular Conquest and Breakthrough gameplay will provide the largest “Sandbox” multiplayer combat experience in the history of the Battlefield series of games.In the new Dynamic Weather System dynamic weather system provides a changing environment, extremely dangerous natural disasters and eye-catchingLarge-scale battles on different maps such as world events.

The new work will launch 7 multiplayer maps in ALL-OUT WARFARE mode. The first one to appear in the preview is the South Korean Kaleidoscope with a large number of skyscraper battlefields. Kaleidoscope, Manifest, a U.S. military supply base in Singapore, Orbital, a rocket launching station battlefield in French Guiana, discarded cargo ships on the Indian coastline, Renewal, the Egyptian desert agricultural technology center, Qatar desert city Hourglass, which may experience tornadoes, and the largest natural resource in Antarctica in the game Breakaway map of the battle and more. Among them, you can see the characteristics of different maps such as: city streets, highways, stadiums, abandoned freighters, frozen mountains, etc. The gameplay of the world is very exciting. 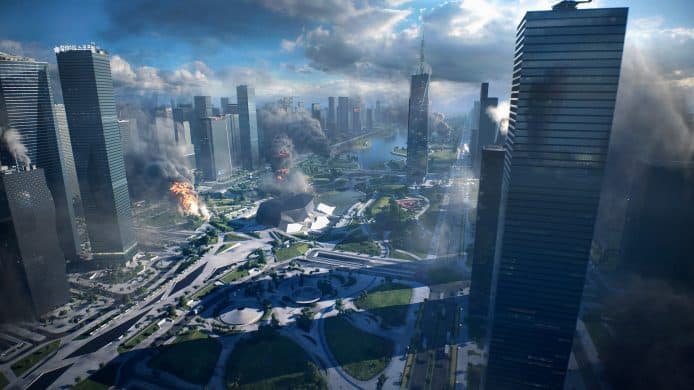 A large number of high-rise buildings can be seen on the Kaleidoscope map in South Korea. 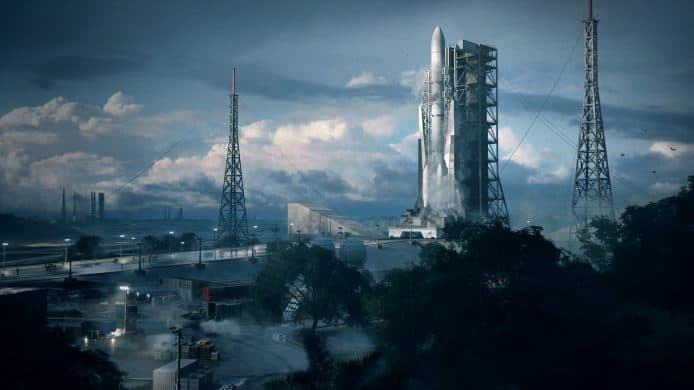 In the Orbital map, players need to compete against each other to protect/prevent the rocket from launching into the air. 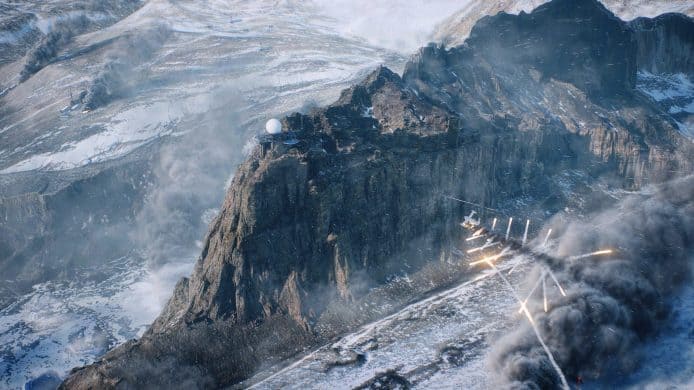 The developer pointed out that Breakaway, located in Antarctica, is the largest map in the history of the Battlefield series. 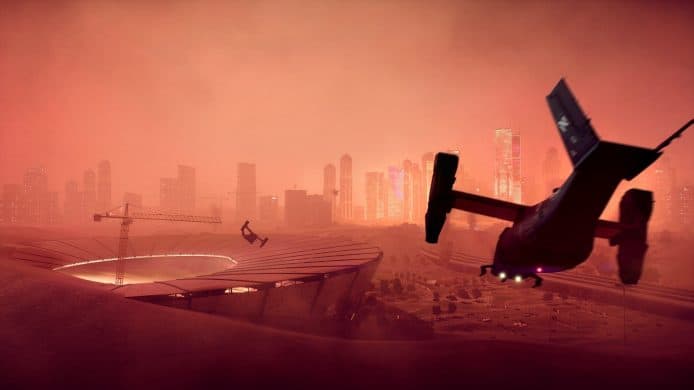 Dynamic Weather System and natural disasters will be another special selling point of Battlefield 2042.

In the ALL-OUT WARFARE mode, players will be able to play against 128 players (64 vs 64) on next-generation game consoles such as PS5 / XBOX Series X/S and PC. On the previous-generation PS4 and Xbox One platforms, the 64-player battle (32 vs 32) game mode will be maintained, and the map size of the battle will be slightly smaller than that of the next-generation platform, but it will be upgraded later. 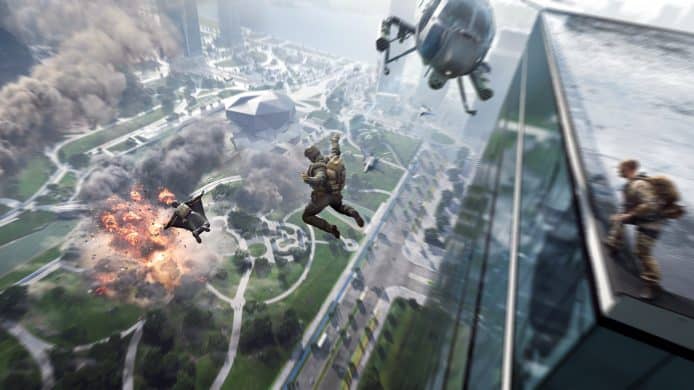 A total of 10 special forces skills with technological elements

Inspired by previous versions, Special Forces SPECIALIST will have unique special forces characteristics, skills and specialties, and can also have fully self-matched weapons and equipment. It is no longer limited to certain special forces that can only use designated weapons but can be selected at will. , Greatly improve the flexibility of combat. The factory pointed out that BF2042 will launch a total of 10 “special forces”, and the first four types of special forces announced at the press conference include scouts, assault troops, support troops, and engineers that everyone is familiar with. It seems to be very similar to the old one, but various Specialists have unique skills.

Specialty: OV-P Recon Drone can be remotely controlled to detect enemy positions and share with teammates 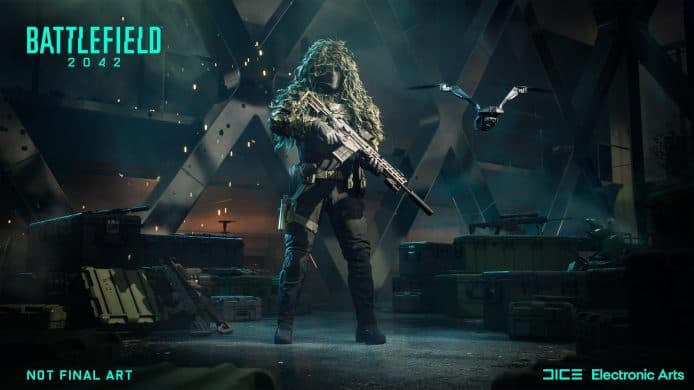 Specialty: Can launch Grappling Hook hook to quickly get the commanding height 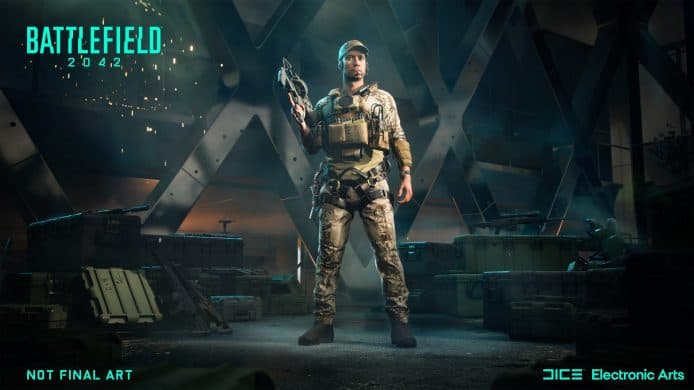 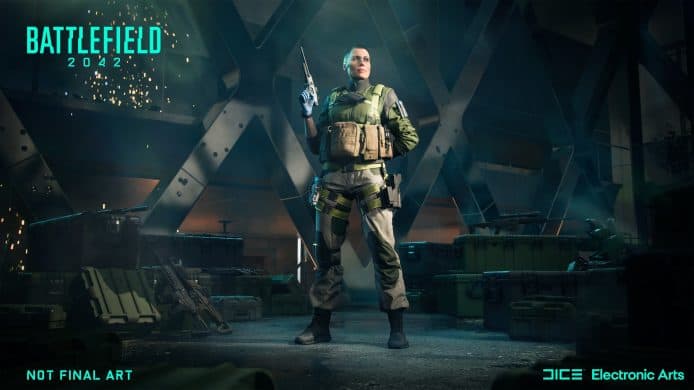 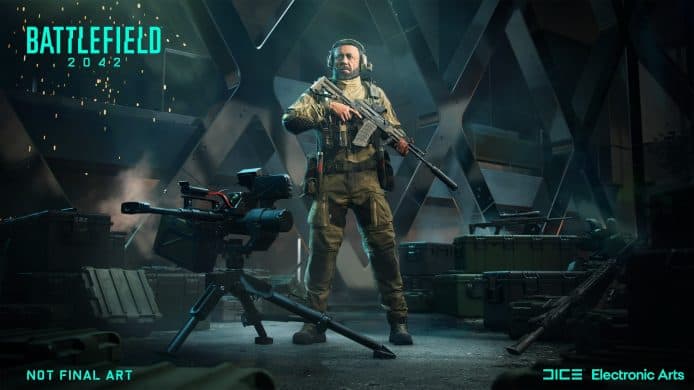 “Battlefield 2042” adopts the new Plus System, which allows players to customize weapon matching in real time, so as to adjust to different situations. Change the weapon’s scope, ammunition type, or length and barrel accessories at any time according to the location and condition of the player’s map. And also added a series of brand new combat props, tanks such as helicopters, fighter planes, armored vehicles, motorized tricycles and so on. Since the timeline is set in the future twenty years later, many technological elements have been added to the game. Players can request the computer to transport land vehicles to any designated location on the map through a tablet computer. Gadgets such as drones and robotic dogs are also provided. Assist in combat. 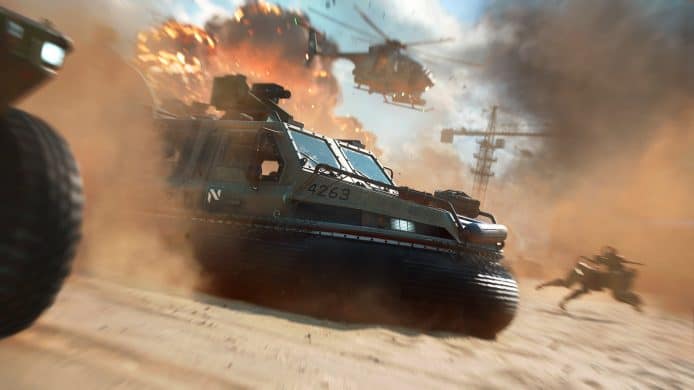 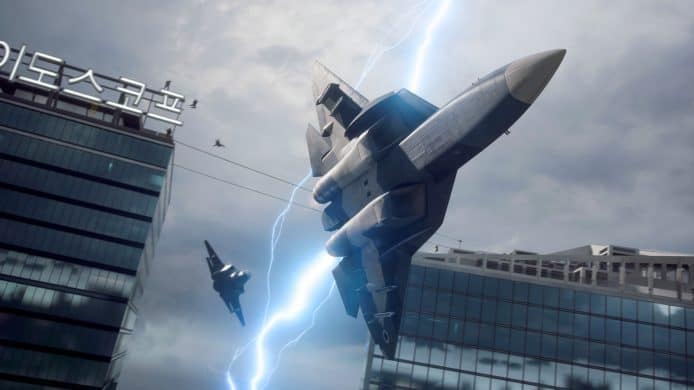 The game will have a battle pass every season, including free and advanced levels. Each season will promote the development of the world narrative, and there will be new content added to the game. In this year, four seasons will be launched. Representatives will have four battle passes, four new special forces and more new content. It is expected that more news will be announced at EA Play in July.

3 different game versions to choose from

“Battlefield 2042” will be released in three versions: Standard Edition, Gold Edition and Ultimate Edition. The standard version will include the basic game, and the gold version will include the basic game, early access to the game release, 1-year pass and Cross-Gen game pack. The ultimate version will get an additional Midnight Ultimate game pack, official online book and online exclusive soundtrack. And EA Play Professional Edition subscribers can get the right to use the “Battlefield 2042” Ultimate Edition, and can get the open beta and 10-hour trial period in advance on October 15th, and log in every month to claim exclusive member rewards. “Battlefield 2042” game will be officially launched on October 22.