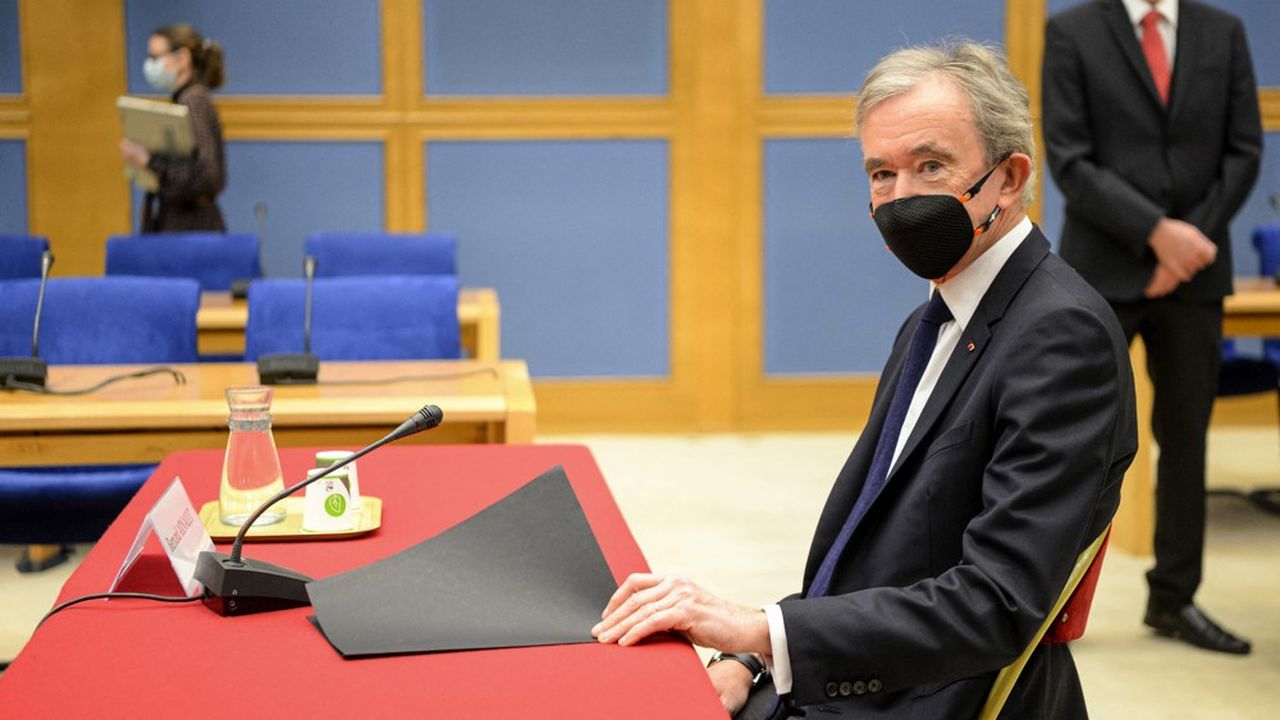 Heard in the Senate as part of a commission of inquiry into media concentration, Bernard Arnault, CEO of LVMH, posed as a patron of the press and stressed the need for this sector to have powerful shareholders. .

The owner of the Les Echos – Le Parisien group, of Radio Classique or of “Investing” via LVMH explained that he devoted “little time” to this activity which he “would rather put on the side of sponsorship”.

Faced with the digital giants, “the sustainability of the traditional titles we are talking about today is far from being assured in the long term”, he estimated. And, according to him, “it would be even less so if these media did not have powerful shareholders”.

Asked about the merger announced between TF1 and M6, he was in favor of it. “I think they are right,” he stressed, mentioning the importance of bringing out a French group in the media in the face of competition from new Internet players.

“The problem with television is the appearance of planetary competition from YouTube and Netflix”, estimated the leader, specifying “not knowing the subject”, but reacting with an “entrepreneur’s reflex”. .

“I’m not here to defend TF1, but they are already clearly in the lead on television news, M6 being less on this communication part. [Et par ailleurs] to fight against these platforms, we must combine our efforts. What interests television is sports and films: bigger means are needed. Do we want to let Amazon broadcast French football? he noted. He also specified that he had not studied the acquisition of M6.

Another reason to let the two groups get closer: advertising, which is moving from traditional media to the Internet, including at LVMH as an advertiser.

Bernard Arnault was heard by the Senate’s Cultural Affairs Committee, which is investigating pluralism in the French media with a view to preparing a possible law. For him, pluralism exists and the impact of merger operations like TF1-M6 should not be exaggerated.

“I don’t see why such operations would change fundamental freedom in France,” continued Bernard Arnault. With the French spirit, it wouldn’t work. […] We are a country of great freedom of expression. »

He called on the senators to be careful not to introduce too many “additional regulations”, which would be “not favorable to the initiatives”. “The French must invest in start-ups so that we are in the next wave,” he said. There’s a new one with the metaverse and NFTs. »

In the press sector, Bernard Arnault reported that the titles in his lap had “most often been offered to the group”. “Would they have survived? You will allow me to doubt it, ”he continued. He also denied having made an offer to take over the “Figaro”, as was written in the daily “Le Monde”. “I confirm that it is false, I say it under oath,” he said.

Hearings with the main managers or owners of the French media will continue during the coming weeks. The Senate intends to submit a report on media concentration at the end of March.

“His life seemed almost perfect”: after the death of Jordan Michallet, Rouen and the world of rugby in shock