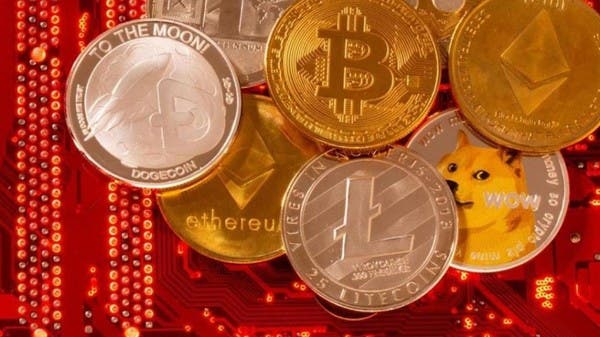 keep going Red color dominates cryptocurrency trading platforms The total losses jumped to about 235 billion dollars, amid severe concerns about the impact of US inflation data on the crypto market.

The Federal Reserve’s announcement that bond purchases would end and the confirmation of a possible rate hike next month triggered a negative reaction in stock markets.

And with the release of US inflation data, it could be the fatal blow to the crypto market, if consumer prices come in higher than expected.

And if the outcome is lower than the forecast of 8.3%, the possibility of a Fed tightening should be priced in faster.

Should this scenario occur, the focus of cryptocurrency investors will shift to the coin’s recent low of $26,500.

If inflation falls more than expected we can expect a recovery with the possibility of leaving the range to the upside.

In terms of trading during the last 48 hours, the combined market value of cryptocurrencies decreased by 18.3 percent, losing about $235 billion, after the total market value declined from $1,280.2 billion, to about $1045.2 billion in trading on Monday morning.

At the top of the losing digital currencies came “Bitcoin”, which recorded during the past hours a decline of 5.2%, compared to a weekly loss of 16.3%, to be traded in today’s trading below the level of 25 thousand dollars, which is the lowest level since December 2020.

Its combined market value fell to the level of $493.1 billion, acquiring a market share of 47.17% of the total market.

The “Ethereum” currency, which ranked second in the list of the largest cryptocurrencies by market value, recorded losses during the past hours by 5.8%, compared to a weekly decline of 26.4%, to be traded in today’s trading at the level of 1380 dollars.

Its combined market value fell to the level of 166.2 billion dollars, acquiring a market share of 15.9%.

While the “BNP” currency ranked fifth among the largest cryptocurrencies by market value, the currency recorded losses during the past hours by 4.7%, compared to a weekly decline of 20%, to settle its price in today’s trading at the level of 245.77 dollars.

Its combined market value fell to the level of $39.8 billion, with a market share of 3.8%.

When will the 300 euro energy flat rate be paid out?

Shock shakes the lands of Jordanians.. The tears of the famous star of the Birds of Paradise channel, Mutasim Billah Miqdad, fall profusely.. The reason is his sister Jana.. You will not believe what she did to him! !