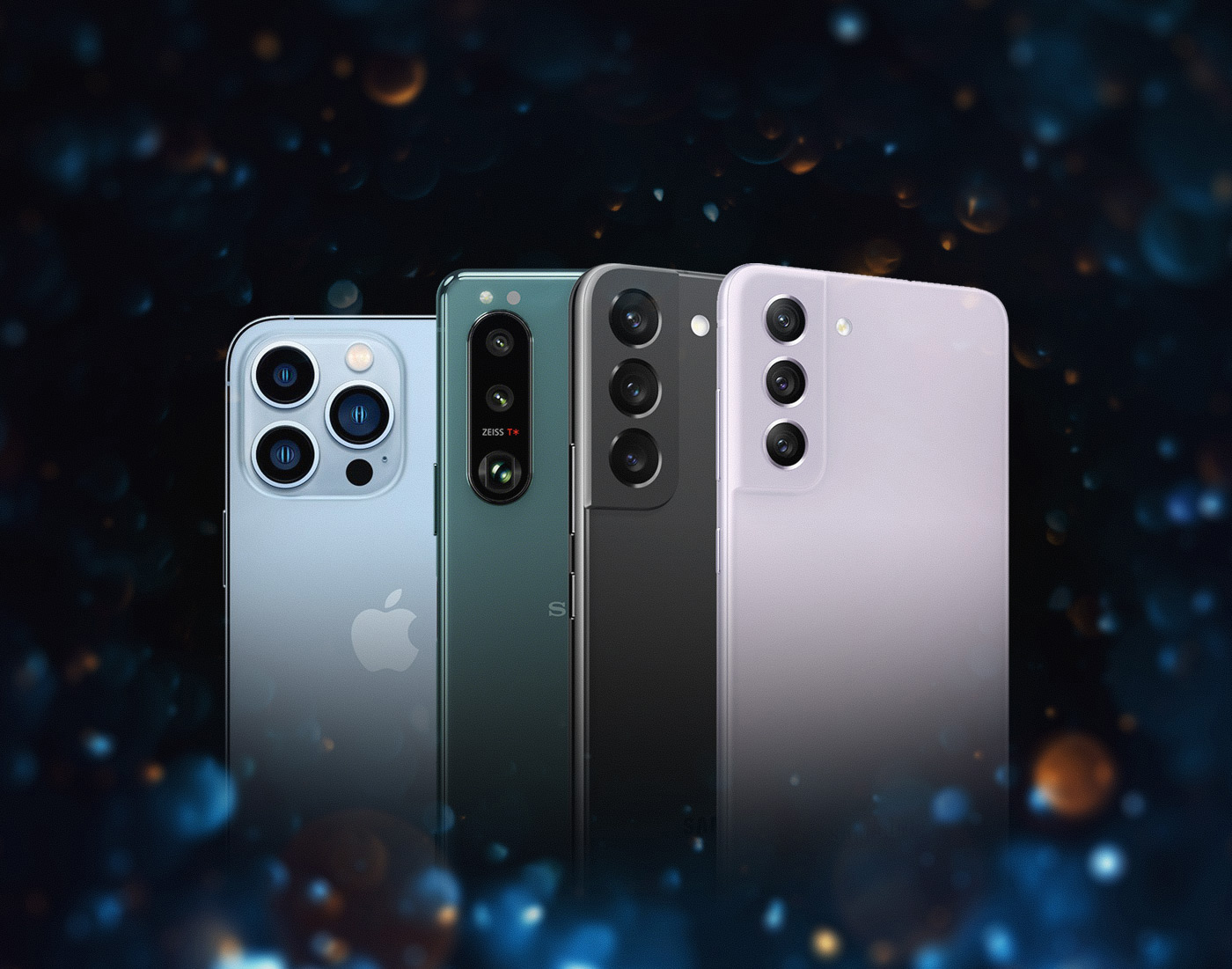 For a little over a week, you have been choosing the best, in your opinion, pictures from four smartphones – Galaxy S22, Galaxy S21 FE, Sony Xperia 5 III, iPhone 13 Pro. Each of them is somewhat typical for its generation, reflecting the photo capabilities of the main module. The most interesting thing is how the newcomer will show himself – Galaxy S22. This model has a new-generation 50-megapixel module from Samsung, the same one is on the Pixel 6/6 Pro. We will look at the results and consider who, in your opinion, wins. More than 5,000 votes were collected in the voting, thanks for participating. Go.

The third shot was liked by the majority (46% of the votes), it is the undisputed leader of the vote, and it goes by a huge margin (the picture was taken at S22). Well-designed glass, background, color rendition. The second place is for the iPhone 13 Pro (25%), the third is the S21 FE (16%), and the outsider is the model from Sony.

The intrigue of this shot is that it is easy to recognize the frame from the iPhone, it comes first – there is not enough color saturation (30%). The first place was given to the second frame, it was taken on the S21 FE (50%), but the S22 is in third place, and also deservedly (16.5%), the shot from Sony is again an outsider.

Snapshot #3. number on the table

My opinion completely coincided with your votes, the photo of the number is best at number two (39%, S22), then the iPhone again (33%), and only then – S21 FE and Sony by a huge margin.

Snapshot #5. Buildings in the City

Surprisingly, here again the S21 FE breaks ahead, the picture on this device looks more interesting (40%). Between S22 and iPhone is again almost parity (26 and 25%), but Sony is stable at the end.

Still, it is interesting that the iPhone worked out this scene better (32%), but you gave a little less than 32% to the picture with the S21 FE (second place). S22 (22%) goes by a wide margin. Fourth place is stable.

Snapshot #12. Glowing “trees” in the center of Moscow

Formally, our trio coped with the picture more or less well, you know the outsider. S22 (31%) takes the lead with a minimum margin, then comes the iPhone (a difference of several dozen votes), and S21 FE is in third place (30%).

Here, it seems to me, everything is obvious, the worst shot from Sony, in fact, it can be called a marriage. The shot from the S22 wins by a wide margin (61%), followed by the iPhone (30%), and closes the top three S21 FE (6%). Computational photography in the S22 shows just how well it can handle faces and such indoor compositions.

For ease of perception, I broke all the marks into places and made a simple plate, as if we were at the Olympics. Let’s look at her.

Perhaps we need to start with the data on Xperia, this model turned out to be an absolute outsider, there is simply nothing to talk about.

We knew from the Pixel 6 that the new 50-megapixel module from Samsung has clearly better characteristics than all previous models. But there is also software and computational photography, right? Hence the question of how it all works in practice, it turned out to be excellent. In most scenes, it was the S22 that outperformed all other models, and by a wide margin. In fact, this device can be considered today the best offer in terms of image quality.

In my opinion, the iPhone 13 Pro and S21 FE are very close, something better on one, something on the other. Here, in general, there is parity, although someone may think differently, but this is already at your discretion, you can see the numbers and choice in blind voting.

For several years, a 50-megapixel module has become the main one for Samsung’s flagships. In comparison, there was no Ultra, where there is a 108-megapixel matrix, a comparison with the S22 will be in the reviews. But I’ll say right away that this module will soon receive an update and will catch up in many aspects to a 50-megapixel module, in any case, this will be visible in the final result. In the line from Samsung, it is this 50 megapixel module that today produces the best image quality. However, we can safely say that this is the best module on the smartphone market at the moment.

Mortada Mansour publishes a recording of Carteron revealing his departure to the Saudi League.. He complains to FIFA (video)