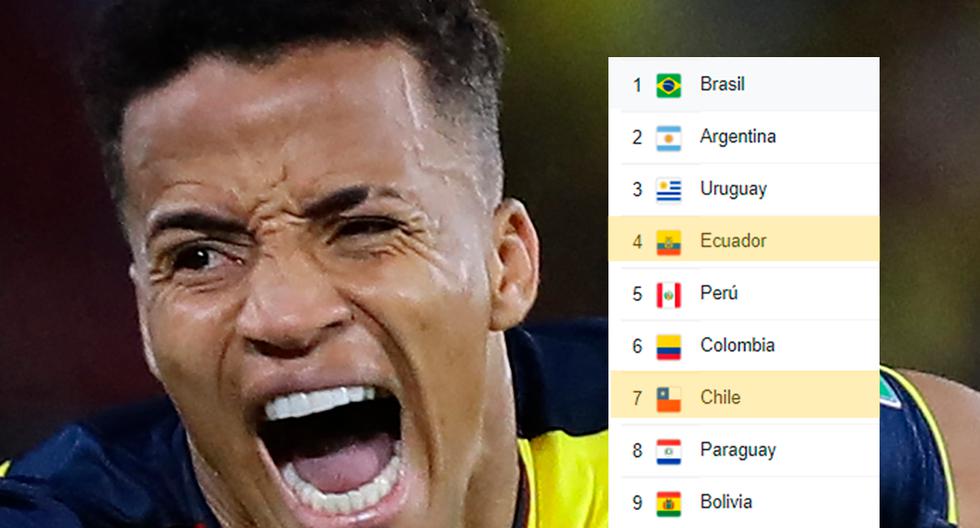 Byron Castillo is still in the media eye after the FIFA rule and take the complaint filed by the Chilean team on the eve of World Cup Qatar 2022. With this claim, La Roja keeps alive its hopes of entering the next World Cup event that will take place soon.

“The Chilean Football Federation has filed a complaint with the Fifa Disciplinary Commission, in which it presents various allegations about the possible falsification of the documents that grant Ecuadorian nationality to the player Byron David Castillo Segura, as well as the possible breach of Said footballer of the call criteria to participate with the national team of the Ecuadorian Football Federation (FEF) in eight qualifying matches, corresponding to the preliminary phase of the Fifa World Cup Qatar 2022″, reported FIFA in the first instance .

”Given the foregoing, FIFA has decided to open disciplinary proceedings in relation to the possible breach by Byron David Castillo Segura of the call criteria for the indicated matches. In this context, the FEF and the Peruvian Football Federation have been invited to present their positions before the FIFA Disciplinary Commission,” said the highest football entity.

After this report, the illusions that the group from the south replaces Ecuador remain intact and international media are already speculating how the table of positions would move. If the ruling is concluded in favor of Chile, one of the actions that FIFA would interpose would be to consider lost all the matches that the tricolor team had in which the defender Byron Castillo was.

In conclusion: Castillo played in eight games of the tie. Of them, Ecuador won four: 1-0 against Paraguay, 3-0 against Bolivia, 1-0 against Venezuela and 0-2 against Chile. He tied two others: 0-0 with Chile and 1-1 with Argentina.

Likewise, the northerners lost two: 1-0 with Uruguay and 3-1 with Paraguay. If FIFA decides to give up the games, the table of the tie would have a drastic change. Ecuador would fall to last place, with only 12 points. And the team that would enter the direct qualification zone for the World Cup is Chile, which would be fourth with 24 points. The Peruvian team would remain in the playoffs, with 24, but with a worse goal difference.