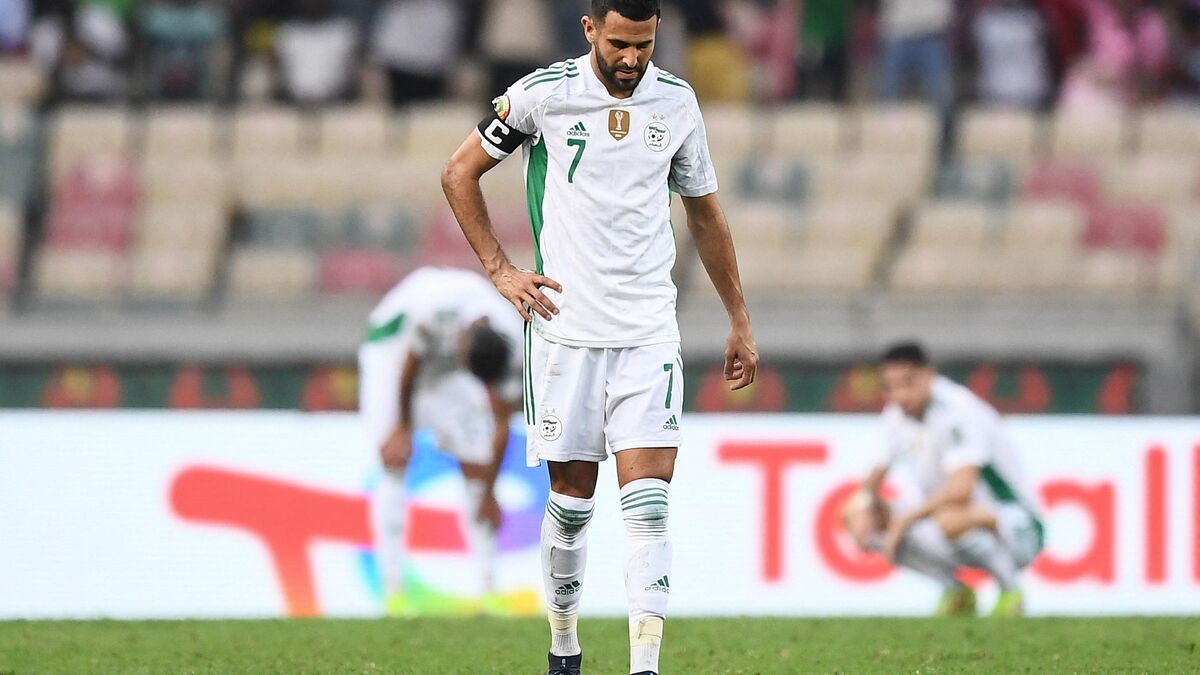 This Friday morning, Algeria woke up with a hangover. At a time when serious things are starting at the CAN, the Belmadi players have already packed up when they were defending champions. Went out “through the back door”, as summarized by the Algerian press. “The stinging defeat (Editor’s note: 1-3) suffered this Thursday evening against Côte d’Ivoire has confirmed the poor performance of the national team since the start of the competition”, underlines the daily Liberté.

The Fennecs were wrong all along the line. Starting with a glaring lack of realism, like Riyad Mahrez and his missed penalty on the hour mark. “We had trouble getting into the tournament (sic), blows the Manchester City striker . We didn’t win the first match, which immediately put us in trouble, then we lost the second and finally for the third we were already almost under water. »

The Algerian captain does not shirk his responsibilities. “We were not at the level, me the first, he continues. I assume and I take my responsibilities. Now we have to raise our heads, we were African champions, today we are at the bottom, it is up to us to climb the slope and stay united. When we won we did it together, then we lose and we lose together. We know that the Algerian fans will always be behind us. For those who will not be behind us, it does not matter, in any case we will remain united and we will come back stronger. »

Mahrez laughs at the criticism that accompanied the selection during his -short- stay in Cameroon. “It’s football,” he says. When you are at the bottom everyone criticizes you and falls on you and when you are at the top everyone applauds you. That’s life, that’s football, I’m moving forward, we’re moving forward and for those who aren’t behind us, it doesn’t matter, we stay united. »

“We will qualify and we will play the World Cup”

Despite this big failure, the President of the Republic, Abdelmadjid Tebboune assured the Greens of his support. “A defeat often serves as a lesson and constitutes a motive that catalyzes the enthusiasm and the will of determined and ambitious people to surpass themselves and bring out the best in themselves,” he said on his Twitter account. . Do not give up. Persevere, believe in your abilities and go after your ambitions. We assure you of our support and pray to God to guide your steps during your next encounters. »

Same story with the Minister of Youth and Sports. “The defeat of the national team, even if it is heavy, will not diminish its value,” slips Abderezak Sebbag. As Algerians, be it the government or the people, we will not forget all that these players and coach Djamel Belmadi have brought to the country in recent years. We can get up after this failure. The EN will continue to have all the support, the technical, human and financial means to enable it to be at the highest level whether at African or world level. »

The Fennecs now have their sights set on the World Cup. “We will soon have two qualifying matches for the World Cup, we will qualify and we will play the World Cup (Editor’s note: Algeria is at the top of its pool), launches the middle Youcef Belaïli. We would have liked to give joy to the people during this CAN. We have already won titles and now we hope to offer qualification for the World Cup. »