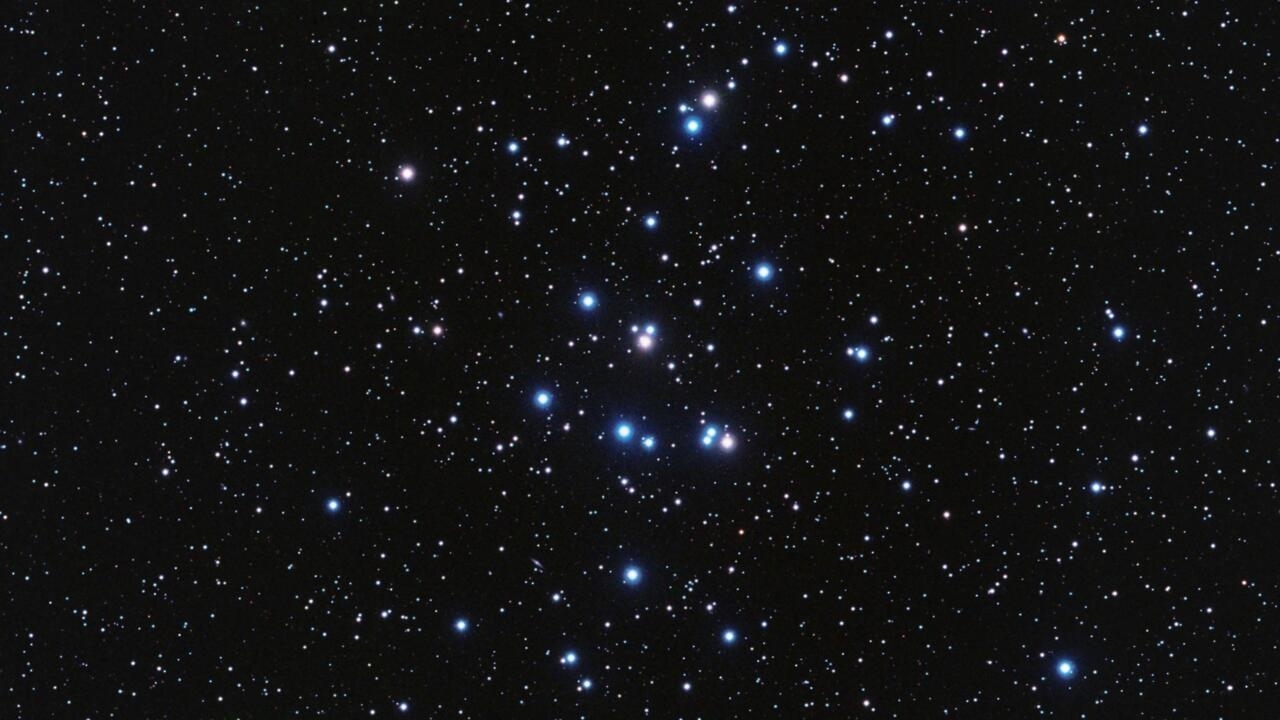 This month, there will be nice connections between planets, stars and other celestial curiosities to observe. Let’s start with January 29, 2022 in the early morning. You will see very close a pretty lunar crescent accompanied by Mars and Venus. On February 2 and 3, 2022, it will be Jupiter’s turn to approach the Moon…

On February 5, it will be the occasion to see in a telescope both the globular cluster M22 and the planet Mars. On February 13, the Moon will not be far from the star Pollux in the constellation Gemini. This will be an opportunity to discover this beautiful constellation with the 2 twins of Greek mythology Castor and Pollux. Finally, on February 15, in a pair of binoculars, you will discover the open star cluster M44 not far from the Moon.

Very strange letters and numbers with M22 and M44…

These names are very well known in the community of amateur astronomers. The M corresponds to a catalog of celestial objects called Messier’s catalog created in 1774 by French astronomer Charles Messier. At the end of the 18th century, galaxies, nebulae and star clusters were only known as small diffuse spots. Charles Messier was a comet hunter and he decided to help in his search, to identify all the fuzzy spots in the sky to avoid confusing them with comets. This is how the Messier catalog appeared, which today contains 110 objects. Thus, M22 and M44 correspond respectively to the 22nd and 44th objects of the Messier catalog. Some objects, such as the Andromeda galaxy also known as M31, are visible to the naked eye. In general, you will need a pair of binoculars or a telescope to see the other objects in the catalog. There is even a Messier marathon which consists of observing all 110 objects in a single night!

Constellations to recognize and celestial objects to observe

I advise everyone to download lgreat free Stellarium software. Stellarium is a very simple to use software and planetarium. It allows you to discover the sky as if you were looking at it with the naked eye, binoculars or with a telescope. Just enter your location and sighting time and you’re ready to identify the stars above your head. For example, if you live in Cotonou, Benin, Stellarium tells you that tonight at 10 p.m. you will see the constellations of Orion, Gemini and Taurus above your head and the constellations of Octopus, Painter and sea ​​bream on the southern horizon. Thanks to this software, you will be able to locate the planets to be observed, but also all the Messier objects. If this software seems complicated to you, I remind you that the ephemeris and sky charts are available on the Astronomy Africa website in the Observing the sky section.

A new astronomical telescope is once again put into play thanks to our partners SSVI and RFI. To participate, send on our page Facebook Astronomy Africa your most beautiful photos or videos, or even a nice text that you have written. The winner will be announced on April 15.