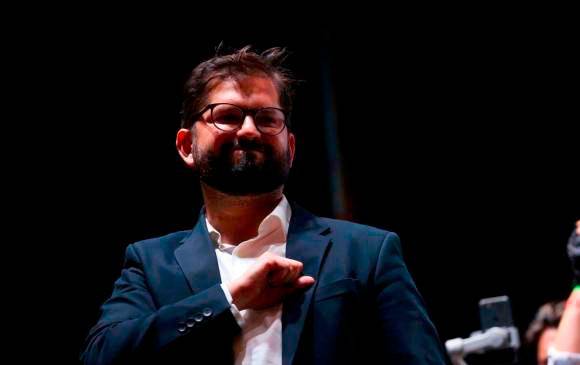 Chilean President Gabriel Boric announced that his country will be one of the guarantors in the talks between the ELN and the Colombian government that began in Venezuela.

The Chilean President Gabriel Boric accepted the proposal that his country become one of the guarantors of the peace dialogue between the National Liberation Army, ELN, and the Colombian government. The country was summoned through a letter issued by the Dialogue and Peace Process Table, from Venezuela, where the first meetings between both delegations have begun.

The Chilean president also made his response known through a letter, in which he mentions how pleased he is with the invitation extended to his government to accompany this process, reiterating their willingness to continue contributing to the construction of peace.

In this sense, he announced that his country is “available to assume the role of guarantor that is so generously offered to us in this important stage.” After acceptance, he delegated Raúl Vergara Meneses as representative of his nation so that it is he who attends a first meeting with the dialogue table, on December 9.

“For Chile and the government that I represent, this invitation constitutes an unavoidable challenge and a commitment to seek all the ways to collaborate with peace in Colombia,” he pointed out.

Venezuela, Cuba and Norway are also listed as guarantor countries of this peace agreementand Germany, Switzerland, Sweden and Spain will be invited to consider participating as accompanying countries and reactivate the group of support and cooperation countries.

Bayer ordered to pay 11,135 euros to farmer Paul François, eighteen years after his poisoning by a Monsanto herbicide