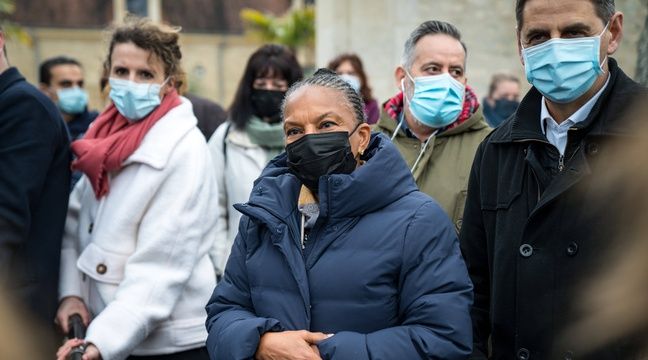 In the fight against the spread of the coronavirus, Christiane Taubira finally wants to constrain but “by explaining”. The presidential candidate, who had been pinned down in the fall after controversial remarks on vaccination, said she was in favor of the principle of compulsory vaccination rather than the vaccination pass put in place by the executive since Monday.

“In fact, the vaccination pass is a vaccination obligation. I think that the President of the Republic could have taken the decision of a vaccination obligation, “said the former Minister of Justice on Monday. France 5. “I do not have the advice of the Defense Council, nor of a scientific council, but drawing logic from the decision taken by the President of the Republic, it seems that it is better to impose the vaccine, so let’s do it frankly “.

In September she had made remarks on vaccination which had sparked a controversy and had earned her the wrath of the Minister of Health, Olivier Véran who had said he was “frightened”, even accusing him of “cowardice”. Asked about the fact that she was not calling on Guyanese to get vaccinated, she replied: “I am a political leader who is not in office and who therefore does not have the information that would allow him formally either to give instructions, or to consider that in view of this information I consider that I am making a responsible statement”.

“What is happening today in Venezuela is very sad”

From the sixties to the punk revolution, the golden age of the concert poster