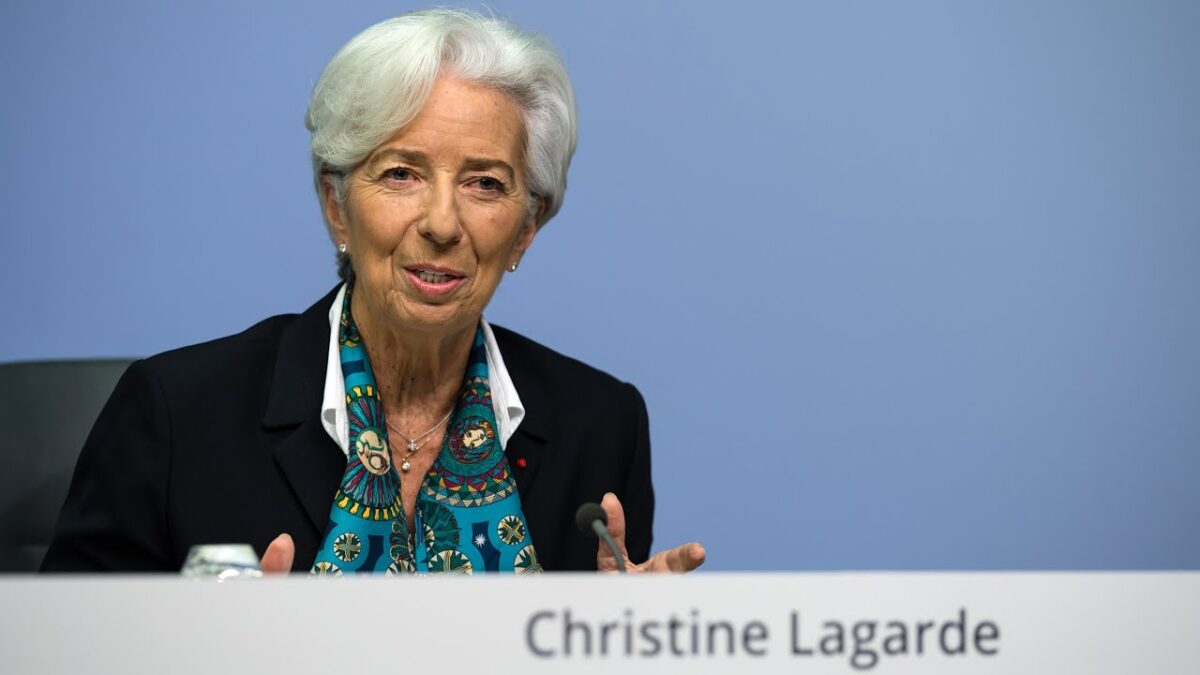 In the midst of one of the most complex times for the cryptocurrency market, the signals from regulators and financial institutions have not ceased. On this occasion, Christine Lagarde assured that crypto-currencies have no value or basis and therefore must be definitively regulated.

For Ms. Lagarde, regulation is very important because it could prevent people from using their savings to invest in cryptocurrencies, which are highly speculative assets. And while she didn’t mention any specific stats, thanks to the levels of cryptocurrency trading on the continent, it has been determined that a large number of people are putting a lot of money into this asset class. , which represents a total risk for the President of the European Central Bank.

Ms. Lagarde recently appeared on a Dutch TV show to talk about economic issues and cryptocurrencies were one of the most important topics. And she added that she was worried people would lose all the money in crypto. The problem for Lagarde is that most people who invest in cryptocurrencies are not yet aware of the risks they incur by investing in this asset class.

At this point, investing in cryptocurrencies is largely free in most parts of the world, and technically anyone can buy cryptocurrencies. This means that the risk levels for people less knowledgeable about the subject increase dramatically. This is why regulation is necessary, to prevent the risk for investors from being higher.

It’s not the first time that Christine Lagarde talks about cryptocurrencies. She has commented on the asset class in the past and never had anything too positive to say. She has always maintained a rather closed position on the subject and last year, when we repeatedly spoke of the possibility of the development of the digital euro, she seemed to be one of the least convinced on the subject.

After some silence, Ms. Lagarde’s comments came at a rather serious time for the market. In the turmoil of cryptocurrencies and while currencies like Bitcoin and Ethereum which are the largest in the market have lost nearly 50% of their value from previous highs, it’s a moment that could help Lagarde validate the theory that cryptocurrencies are bad and should be regulated.

The fact is that it’s not just Christine Lagarde. Generally speaking, regulators around the world are paying closer attention to cryptocurrencies. We now hear a lot about oversight of this asset class and most aim to regulate them to restrict how they are used.

How long before cryptocurrency regulation?

The subject of the cryptocurrency regulation has been discussed many, many times, and while many central bank regulators and presidents of financial institutions have had their say on the subject, few have managed to regulate cryptocurrencies or take action. significant to achieve this goal.

Much of the backlog in cryptocurrency regulation is because it is largely uncharted territory for regulators. Integrating cryptocurrencies into the traditional economic structure and its laws is therefore a complex task.

And in the case of Europe and more specifically the Central Bank, things don’t look too positive for the market. First of all, the President of the Central Bank is publicly against cryptocurrencies and has already spoken several times about the development of a digital dollar which could hit the market in about four years if all goes according to plan.

The fact that a central bank currency is being considered means that competitors must be driven out of the market, as China did a few months ago by banning all cryptocurrency-related activity. Moreover, according to Ms. Lagarde, they are an asset class with no value and no security, so the only solution is regulation.

And while it’s unclear at this time which path Christine Lagarde will follow, it’s possible that somewhat restrictive regulation is on the horizon that will ultimately affect the market and its investors.

A common chronic disease among people .. Numbness of the limbs is evidence of a very serious disease .. Know it now before it is too late!

We are already talking about the iPhone 15! Know all the rumors