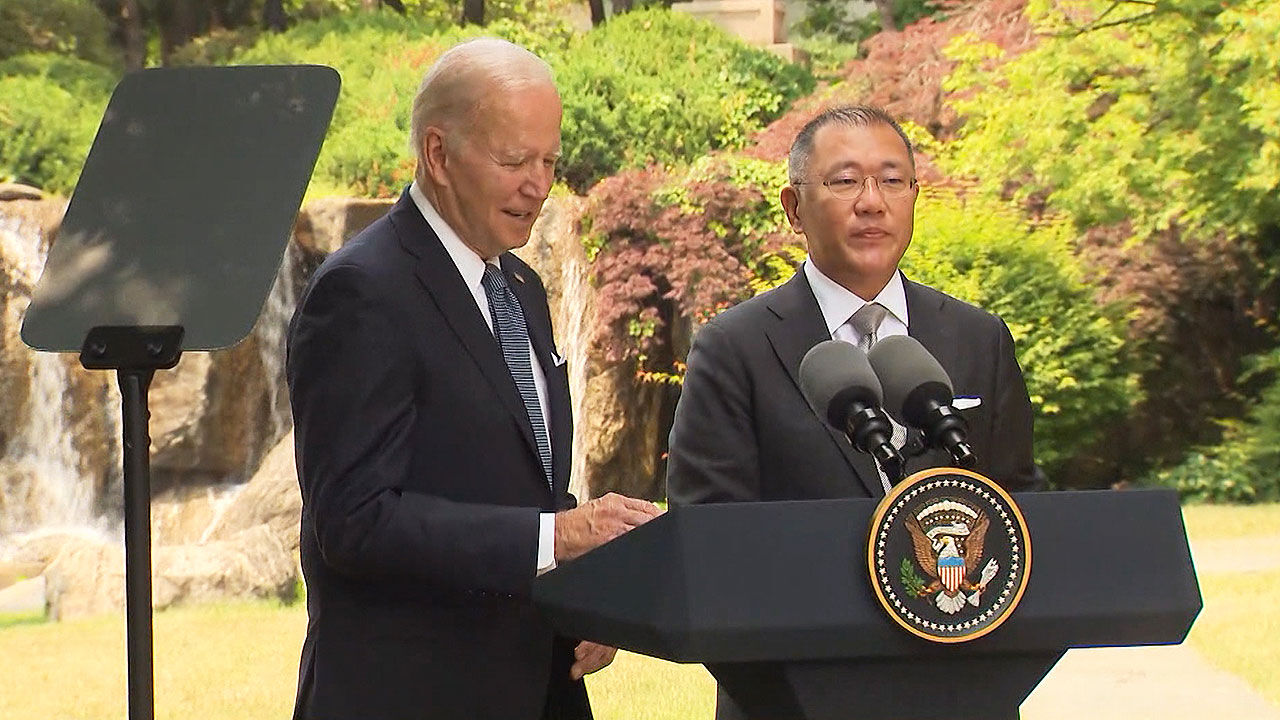 During a meeting with U.S. President Biden Chung Eui-sun, chairman of Hyundai Motor Group, he announced that he would invest an additional $5 billion in new industries in the United States. President Biden responded by saying he would not disappoint.

This news is from reporter Jeon Yeon-nam.

U.S. President Biden and Hyundai Motor Group Chairman Chung Eui-sun walk side by side towards the podium after a brief conversation before the main meeting.

Chairman Chung announced that he would invest $5 billion in future new industries in the United States, such as autonomous driving software and artificial intelligence.

It was announced on the 21st (21st) that it would build an electric vehicle-only plant worth $5.5 billion in Georgia, USA, and it is an additional investment plan.

The amount of US investment announced by Hyundai Motor Group to coincide with President Biden’s visit to Korea amounted to 10.5 billion dollars, or 13.3 trillion won in Korean money.

This is $3.1 billion more than the amount of investment in the US announced in May last year.

It is also noteworthy whether Hyundai Motor Group’s large-scale investment in the US can create a virtuous cycle in the domestic economy, such as increasing domestic production and creating jobs.

Carragher: Reds need to turn the Premier League over and look forward to the Champions League final Salah is crucial for the team – yqqlm