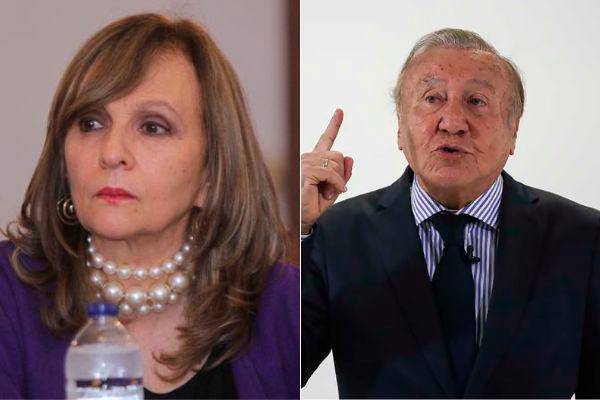 The National Electoral Council (CNE) denied studying the request made by the former vice-presidential candidate, Ángela María Robledo, regarding the participation in debates of Rodolfo Hernándezwho has remained silent about the possibility of attending these events ahead of the second round on June 19.

Robledo’s requirement demanded that the corporation ask the candidate to participate in these spaces, setting as a precedent Law 996 of 2005 that regulates the procedures for the election of the President of the Republic.

The electoral authority pointed out that in the norm, although it speaks of the possibility of carrying out election debates in the midst of the democratic procedure of electing a president, it does not impose the obligation on applicants to the Casa de Nariño to attend these spaces.

In addition, it points out that the spaces of RTVC -which is the public system- are assigned to a joint petition of those who are aspiring to the position popular election.

Rodolfo Hernandez ruled out the possibility of attending presidential debates against his opponent, Gustavo Petro, who this Wednesday challenged him to make an appointment of that type in the face of the final contest next Sunday in which one of the two will be chosen as the successor to Iván Duque.

Even during the day it was known that the Superior Court of Bogotá issued the ruling on a guardianship ordering presidential hopefuls to schedule a debate presidential, no later than this Thursday, June 16.

Nevertheless, Hernández maintains that his life is in danger, so he ruled out the possibility of leaving his house in Santander in these last days of the presidential contest, canceling all his tours and ruling out even attention to the media.

“The priority in Colombia cannot be this show of candidates destroying each other to win votes: the priority must be that people improve their lives, that they get out of poverty, can study, have health, can start a business and have low-cost microcredits,” Hernández had said since May 24, days before the first round.

With this precedent, for now it is not clear whether the 39 million Colombians eligible to vote in this contest will be able to witness a presidential debate between Rodolfo Hernandez and Gustavo Petro.

Junior, a game with a lot of history, which is repeated this Wednesday