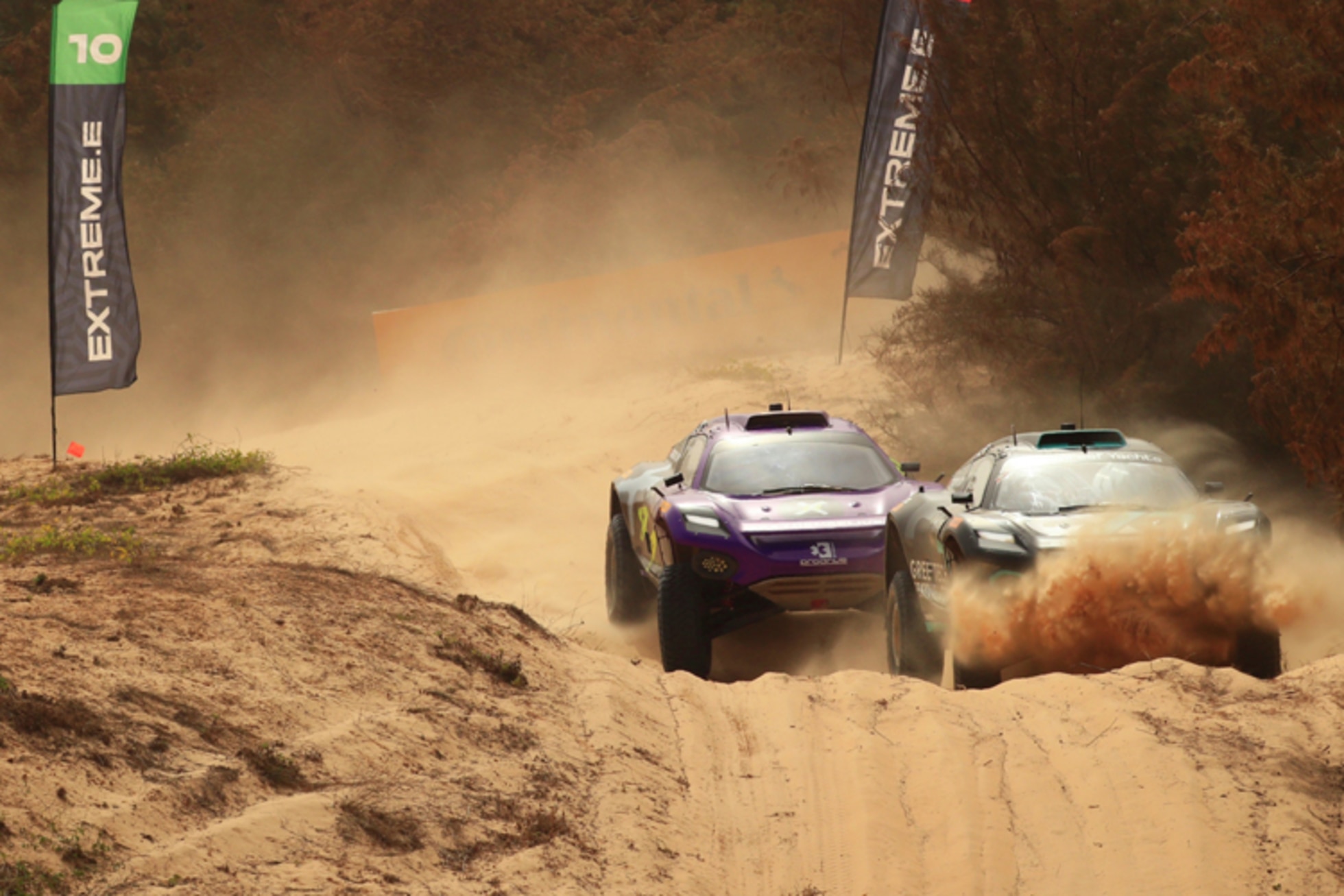 Nico Rosberg stays on course with his Extreme-E-Team “RXR” in the new electric racing series. The Rosberg team clinched their second victory in Senegal.

This victory also goes down like oil for Nico Rosberg. The 2016 Formula 1 world champion and his Extreme E team “RXR” remain the measure of all things in the new electric racing series.

After the start in Saudi Arabia, the German’s team also won the second event in Senegal, at Lac Rose near the capital Dakar.

«I’m so proud of our second win this season. The Ocean X Prix was a whole new challenge compared to the first event in Saudi Arabia and the team worked so hard to better understand the car’s setup and tactics. It’s been another emotional weekend and the win is made even more special by the fact that we are racing to raise awareness of some of the greatest threats to our planet. Our goal is always to be both competitive and to stimulate positive change, and we can be proud that we have achieved both goals here in Senegal, ”said Rosberg.

Johan Kristoffersson and Molly Taylor now have 71 points after the second race and lead the team of former Rosberg rival Lewis Hamilton, ahead of the duo Sebastien Loeb and Cristina Gutierrez, who drive for “X44”. The British team has 57 points.

Bitter for Hamilton: Loeb / Gutierrez had dominated the event in the qualifying and were also strong in the semifinals, before one in the first corner of the final, which was held with four cars from X44, RXR, Veloce Racing and JBXE Racing Contact between Taylor and Gutierrez came.

The X44 bolide was eliminated, as was the car of Jenson Button’s JBXE team at the same time, although this time he was not at the wheel himself. Instead, Kevin Hansen and split Mikaela Ahlin-Kottulisky the car on which the right rear suspension broke shortly after the start.

Means: After an interruption to recover the two cars, Rosberg and Veloce fought for the overall victory, with three-time rallycross world champion Kristoffersson of Briton Jamie Chadwick, Formula 1 substitute driver at Williams and in Extreme E teammate of Stephane Sarrazin, no chance let.

What is the Extreme E?

Extreme E brings electric motorsport to spectacular and famous places around the world to demonstrate the performance of all-electric SUVs and to draw attention to the challenges of the respective ecosystem.

In addition to electrification and the environment, Extreme E also addresses the issue of equality, which is why the teams are made up of one man and one woman.

In the new electric racing series, a standard car that was developed for the series is driven. An electric SUV that is officially called “Odyssey 21” and that suits the extreme conditions on site.

The racing car was designed by Spark Racing Technology in France and consists of a tubular frame with a niobium-reinforced steel alloy, a crash structure and a roll cage. It is powered by two electric motors, has a peak output of 400 kilowatts or 544 hp and can go from zero to 100 km / h in 4.5 seconds. In the top 200 km / h are possible