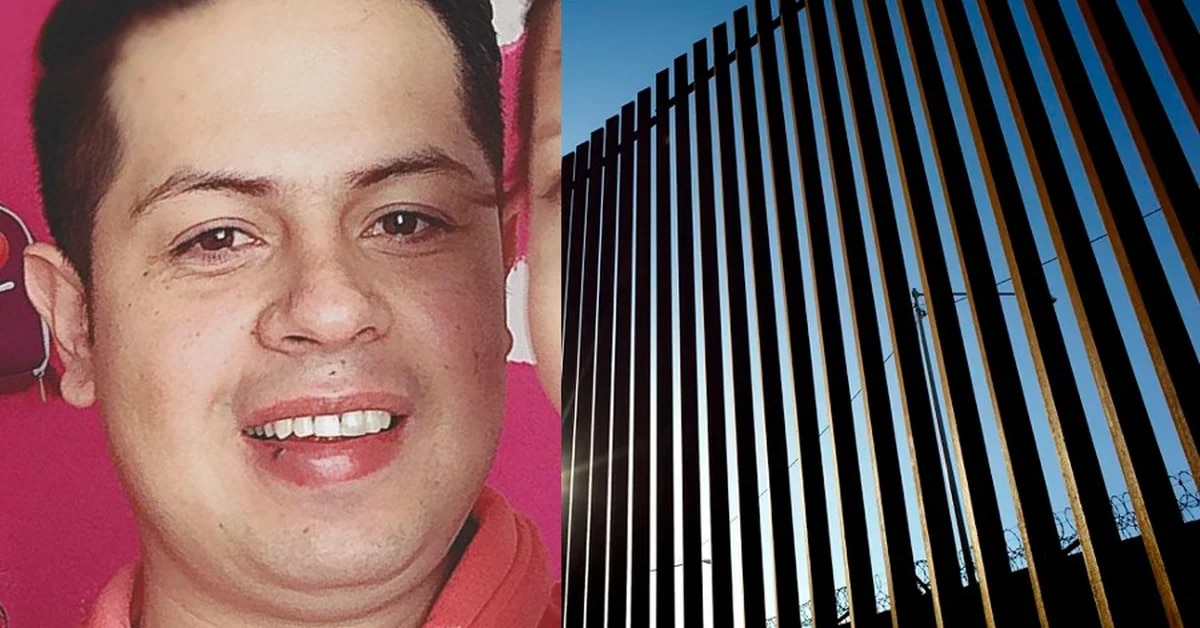 Juan Carlos Rivera, Colombian who died at the border wall between Mexico and the United States (Birds fly EFE/EPA/David Maung/Archive)

On February 23, 2022, the Colombian Juan Carlos Riverawho was 37 years old, began his journey to the city of Mexicali, in Mexico, in order to cross the border into the United States.

According to the newspaper El Tiempo, Juan Carlos He sent a WhatsApp message to his brother John what did he say: “I have mistrust of the man who takes me, he has made me change cars several times”. Later, she told his family that his cell phone was about to be completely discharged, so she would not be able to communicate anymore. She asked them to pray a lot for him and to let them know once he had been able to cross the border.

Minutes later he wrote to Jhon again telling him that the coyote had left him at a point where he had to walk 300 meters until he found a group of other migrants. During that walk he told his wife, Karen, with whom he had three children ages 10, 6 and 3, that his cell phone was about to turn off. Hours passed and the whole family of Juan Carlos he thought he had already crossed the border.

However, two days later, the Colombian Consulate in Los Angeles, California, United States, sent an email to the family informing that Arizona border guards had found the lifeless body of Juan Carlos.

The family began to inquire about the possible causes of his death with the US authorities, but it was necessary to repatriate the body in order to perform a proper autopsy and the cost was approximately 25 million pesosmoney they did not have.

However, as this story was widely reported by the media because it was featured on the show ‘informants’hosted by the journalist María Elvira Arango, several Colombians showed solidarity with the family and managed to collect the necessary resources to bring the body of Juan Carlos back to Colombia.

The first version that had been handled of his death is that he had probably fallen from one of the walls that separate the border between the United States and Mexico, which are up to nine meters high and are made of steel bars. According to Johnin statements given to El Tiempo, who had been in constant communication with Juan Carlos before his cell phone was discharged, his brother was able to cross the first wall, but could not cross the second and fell and died instantly.

“Before him, it seems, there was a group of 14 people who had already been taken to cross the border. They left him there all night, alone. His mind could have played a trick on him, he got scared and ventured over the wall, ”said Jhon.

Once the body could be brought to Colombia, an autopsy could be performed to determine what had really happened. The result was revealed on the show ‘The informants’. According to her presenter, “The last autopsy was known and there are signs that Juan could have been tortured and killed”.

His family already suspected that something like that might have happened to him. Juan Carlos because the body had been found with his clothes dragged and because of the constant concerns he expressed to his brother through his WhatsApp messages.

Consequently, the case is still being investigated, which could be an unsolved crime. This story joins the drama that lives more than 19,000 Colombians detained on the border between Mexico and the United States (data from May 2022). Colombia is the fifth country with the most undocumented immigrants, after Mexico, Cuba, Honduras and Guatemala.

Former Minister Emilio Archila talks about the scandal of resources for peace: a ‘toll’ was charged to approve the projects
Gustavo Petro announces Patricia Ariza as the new Minister of Culture of Colombia

“For the minister, the students will do better, but no, there will be cleaning”