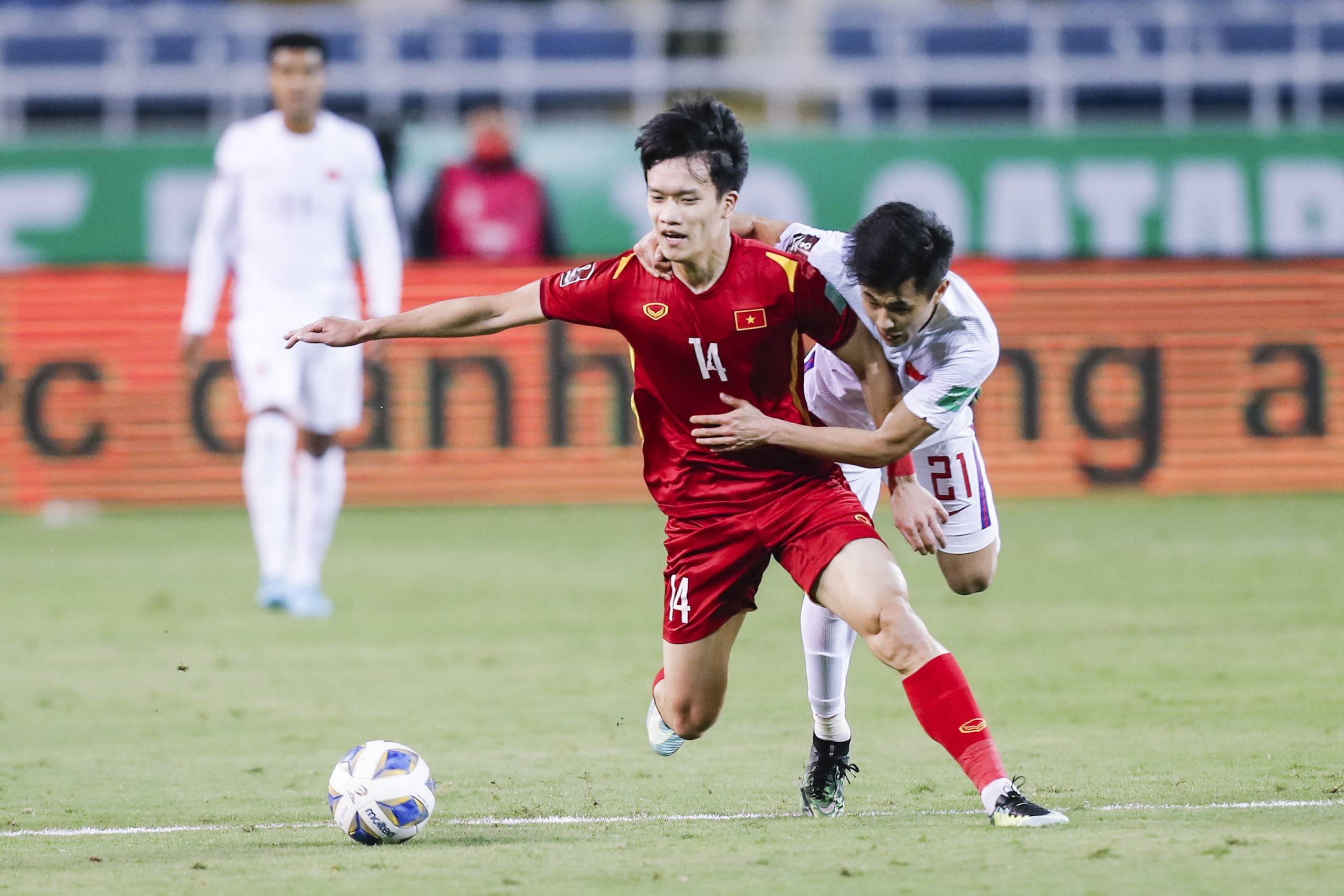 Original title: Commentary – The ability of the local coach is insufficient and the naturalization project is unfinished. The next World Cup will be more difficult for the national football team

After losing 0-2 to Oman in the early morning of the 30th, with 1 win, 3 draws and 6 losses, the national football team ended all the top 12 matches, and Chinese football began a new cycle.

If we could have regretted whether we should have let Lippi take over four years ago, this round of twelve is more like a complete defeat for the national team and Chinese football. National football players can only block the Vietnamese team with fouls.

The “insufficient strength” that head coach Li Xiaopeng summed up before the game against Oman more objectively reflects the current situation of Chinese football——The local commander has limited ability, and the naturalization project that has been highly anticipated is completely unfinished.

What is even more frightening is that the prospect of Chinese football in the future is likely to be more difficult. Fan Zhiyi’s prediction unfortunately came true.

Afterwards, Lippi led the team again to compete in this World Cup preliminaries after “entering the palace for the second time”, but the reality that one generation of Chinese football is not as good as one generation is destined to be even more elusive for the prospect of entering the World Cup.

In this regard, there is actually a clear understanding in the Chinese football circle. At the Football Congress where Chen Xuyuan was elected as the chairman of the Football Association in August 2019, he clearly stated when explaining why naturalized players were used, “Because the probability of the Chinese team entering the World Cup is very low. , the arrival of naturalized players will help increase the probability, although it is still difficult, but we must strive for it.”

National football coach Li Xiaopeng was also asked at the pre-match press conference against Oman about the reason for his failure to hit the World Cup. He also answered very pertinently and simply, “Not enough strength.”The national football player leaves the field lonely.

In fact, when the results of the group draw for the quarter-finals came out, many fans were still delusional that the national football team could kill Vietnam and Oman, and then squeezed out one of the teams in the fight against Australia and Saudi Arabia, so as to be able to compete for the third place. …

However, the final fact is that after the national football team and Oman shook hands 1-1 in the fifth round, the team has actually been eliminated, and all five games in the second stage have become the honorary battle of the Chinese team.

What is even more unacceptable for Chinese fans is that the national football team was almost beaten by the opponent in the game in Vietnam on the first day of the new year. Only by scoring in injury time was it possible to save a bit of face, but the result of the 1-3 loss made the team lose face. This team wrote an embarrassing history – losing to Vietnam for the first time. National football coach Li Xiaopeng’s tactics were completely inappropriate.

The native ability is limited

In this round of twelve, the national football team has undergone a coaching change.

Li Tie led the team to get 1 win, 2 draws and 3 losses in the first six games. After that, Li Xiaopeng took over and the results in the four games were 1 draw and 3 losses. To a certain extent, the top 12 competition has become a stage for young local coaches to level up, but the answers they handed in are not ideal.

The top 12 competition is a contest between the top teams in Asia, and the ability of the coach is naturally an important factor in determining the outcome.

Compared with Europe and the United States, Asian football lags behind as a whole, and the coach is also part of it. In addition to the Chinese team, the Japanese team uses a local coach, and Mori Baoichi has also been widely questioned by the Japanese media. Li Tie and Li Xiaopeng led the team. There are also certain flaws. A group photo of Li Tie, Ou Chuliang and Li Xiaopeng.

Li Tie led the team to play the first six games. Although part of the decision on the field command is debatable, fortunately, the team’s performance is getting better as a whole, but after the game against Australia, Li Tie “Weibo” Advertisement” and “Conference Tucao” put him in the whirlpool of controversy again…

In the end, he fell into “public relations” and chose to submit his resignation during the quarantine period when he returned to China. Li Tie previously posted an advertisement on Weibo.

Compared with Li Tie, Li Xiaopeng’s shortcomings in business ability are more serious – he does not have the ability to knead the team in a short time, and the four games have left more points in the team’s technical and tactical choices, naturalized players and the use of Wu Lei. The big controversy eventually led to the national football team not even saving its final face.

Only 1 point in four games, this is because Saudi Arabia learned before the game that they had advanced to the World Cup ahead of schedule… It is difficult to convince the crowd if they want to continue to lead the team with such results.

In fact, as the ceiling of the local coach, Gao Hongbo’s performance in the last round of the top 12 was not satisfactory, and he could only be dismissed in the end.

Both Gao Hongbo and Li Tie led the team to counterattack when Yangshuai was dismissed from get out of class, from the top 40 to the top 12, but on a higher stage, Tu Shuai was really powerless.

In the long run, the Chinese Football Association should hire young and enterprising foreign coaches who have a certain understanding of Chinese football or Asian football to lead the team.Luo Guofu (second from left) and Wu Lei celebrate their goal.

The naturalization project is completely unfinished

In order to enhance the hope of the national football team entering the World Cup, the Chinese Football Association completed the naturalization of Li Ke and Exxon before the first round of 40 in September 2019.

After that, Jiang Guangtai, Fernando, Alan, and Luo Guofu also completed the naturalization procedures and obtained the qualifications to represent the national football team.

The Chinese Football Association expects that naturalized players can help the national team improve their hopes of qualifying for the World Cup. However, due to the obvious decline in the overall strength of naturalized players, the hope eventually turned into wishful thinking.After sleeping at the airport, Fernando withdrew from the national team.

From the perspective of contribution value, naturalized players can be said to have a very low sense of presence-as the main striker, Exxon has contributed almost zero to the national team.

Don’t argue that his role is to “contain the opponent”. The purpose of introducing naturalized players to the national team is to solve the stubborn problem of insufficient scoring ability of local forwards. Exxon only scored four goals in the top 40 games against Maldives and Guam. In the quarter-finals, he scored zero goals.

Luo Guofu scored a magic ball in the match against Saudi Arabia and performed very diligently during the playing time, but due to the long-term lack of systematic games, Luo Guofu could not always maintain a stable state.

Alan has been affected by injuries and has never been able to reach his best state. As for the “little motorcycle” Fernando, for various reasons, he has not yet played on behalf of the national team – he probably won’t play in the future either. Luo Guofu bombarded the Football Association.

Because the naturalized players are all operated by Guangzhou Evergrande Club, the relationship between the naturalized players and the national team has become very delicate due to the economic crisis of the parent company at the end of last year. In the end, Luo Guofu bombarded the Chinese Football Association through social media, tearing it apart. The only face left between the two sides.

After the two away games against Japan and Vietnam, the naturalized players disappeared completely…

At present, except for the central defender Jiang Guangtai, several naturalized players have all returned to Brazil. Under the current strict salary limit conditions of the Chinese Super League, it is very difficult for them to find a job again. If they collectively miss the Chinese Super League in the new season, I believe this is not too unexpected.

The vigorous naturalization movement of Chinese football, which started in 2019, has come to an end after nearly three years. After a lot of investment in human and financial resources, it has only gained a lot of chicken feathers and has become a veritable unfinished project.Goodbye, naturalized players.

Future prospects may be worse

After the results of the draw for the top 12 matches were announced, many netizens were still calculating how the Chinese team could qualify. As the competition deepens, the hope of qualifying for the national football team is getting smaller and smaller, and some netizens believe that after the next World Cup will be expanded to 48 teams, The national football team should be very hopeful for 8.5 qualifying places in the Asian Cup, so is this really the case?

The answer is basically no.

The foundation of the last 12-strong national football team’s almost miracle was Chinese football and the elite players in the 1985 age group.

In 1985, the National Youth Team was also the last team in Chinese football to enter the World Youth Championship. After that, Chinese football began to lose at the starting line-the gap between the youth team and the Asian team was widened.

In the early 1990s, the players who were born in the 1990s could still compete in the Asian Youth Championship. The players in the late 1990s have begun to play the role of accompany the prince to study. And the first batch of players born after 00 could not even be shortlisted for the Asian Youth Championship.Football in Vietnam and Southeast Asia has come a long way.

In the last round of the top 12, when the Chinese team was still struggling to support the players of the 1985 age group, the Asian powerhouses have already begun to let the 1993 age group players take over. The only reliable post-00 player in the national football team is Zhu Chenjie.

This year’s top 12, Saudi Arabia, Japan, Vietnam and other teams have already made the players of the 1997 age group or even younger to take the lead, while Chinese football is still gnawing old, the speed of our players’ update and iteration is generally later than that of Asian teams. for about four years.

Perhaps when the national football team cannot even participate in the World Cup after the expansion of the army, the outside world will truly realize the current situation of Chinese football.

4 pills on an empty stomach is a miracle for removing the rumen and reducing the abdomen in 3 days, even if it is large and spoiled without exercise